We’re Expecting + our journey to pregnancy

Taking a little break from zucchini week to finally share some news on the blog.

This post is a little delayed but at this point, I think most of you know from Instagram already that… 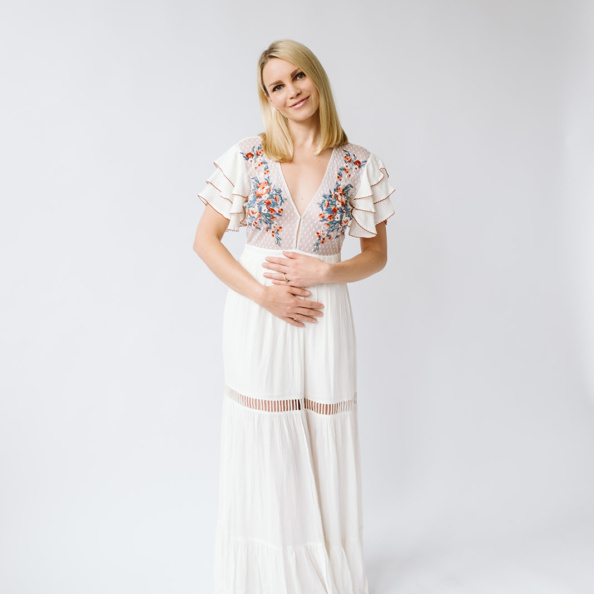 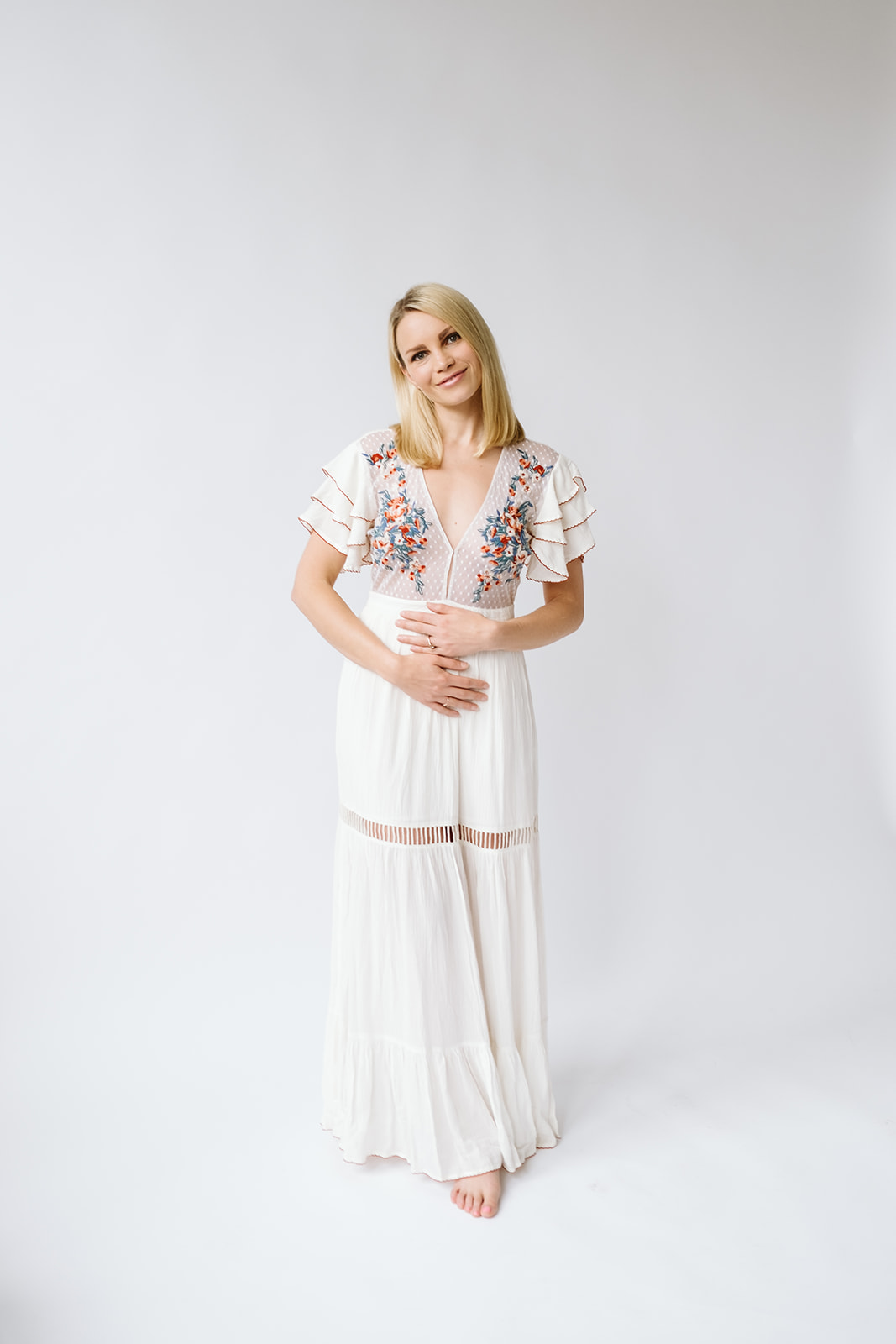 I’ve been pretty delayed in writing this post and sharing this part of my life on the blog. To be honest, I’m not quite sure why. Perhaps it’s because I’ve been enjoying this season of our life, keeping busy with new delicious recipes and house projects.

We’ve wanted to become parents for quite sometime and are thrilled to be on this journey together. 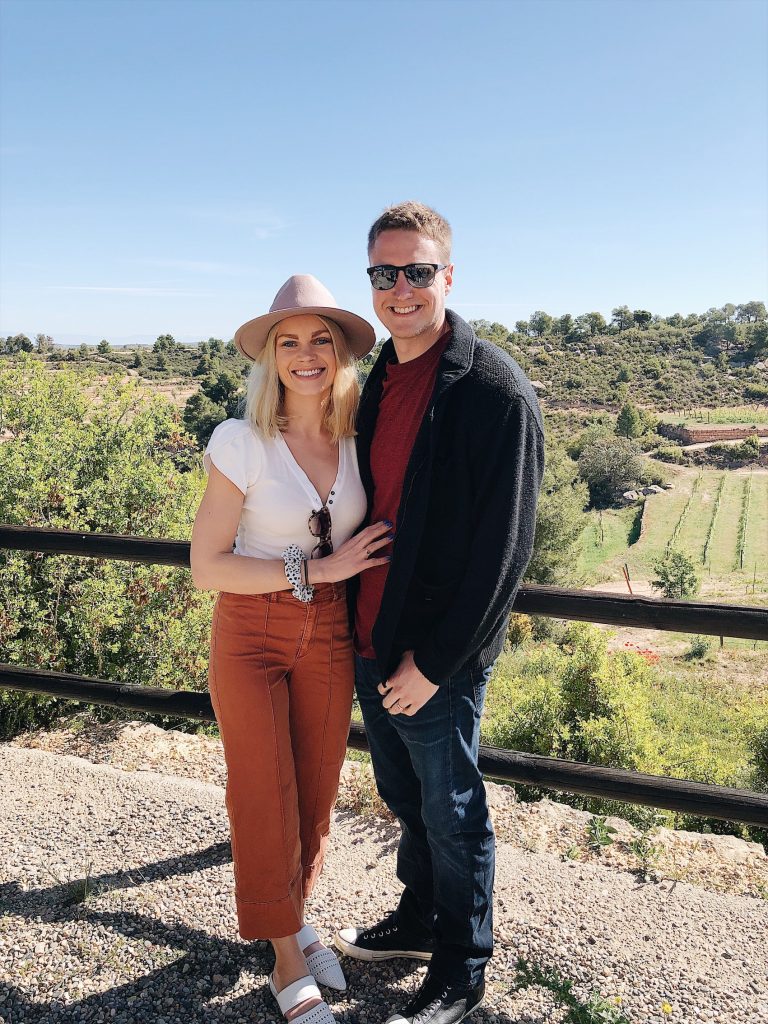 We starting trying to get pregnant summer of 2018. After almost 10 months, we found ourselves discouraged that it wasn’t happening as quickly as we had expected. I have a history of PCOS, and we thought that could be a factor as to why I wasn’t getting pregnant. After chatting with my OB/GYN, we decided to make an appointment get some tests done as fertility clinic during my next period and then decide next steps.

Well, my next period never came. But you know what did? A positive pregnancy test.

Before we get into details, I wanted to share that we didn’t tell a lot of people that we were actively trying to get pregnant and I think somehow it helped to alleviate some of the pressure that trying can put on you. We didn’t have anyone constantly asking us how it was going, or if we were still trying, etc. We just lived our lives and hoped for the best. I also tracked my period and when I was ovulating though the Flo app, but per our doctor’s recommendation, we just tried to get busy as much as possible.

During the last 2-3 months before I got pregnant, I resorted to changing my diet and exercise habits, reducing my caffeine intake and taking a daily prenatal. Personally, I thought that my diet and exercise routine were perfectly healthy, but turns out my version of healthy wasn’t exactly what my body may have needed to become pregnant.

While I think there’s something to be said about timing, but I also believe that nutrition is incredibly important when a woman’s body is preparing to carry a baby. I’ll share more about my philosophy on this in next week’s blog post — for now, we’ll stick to the exciting stuff! 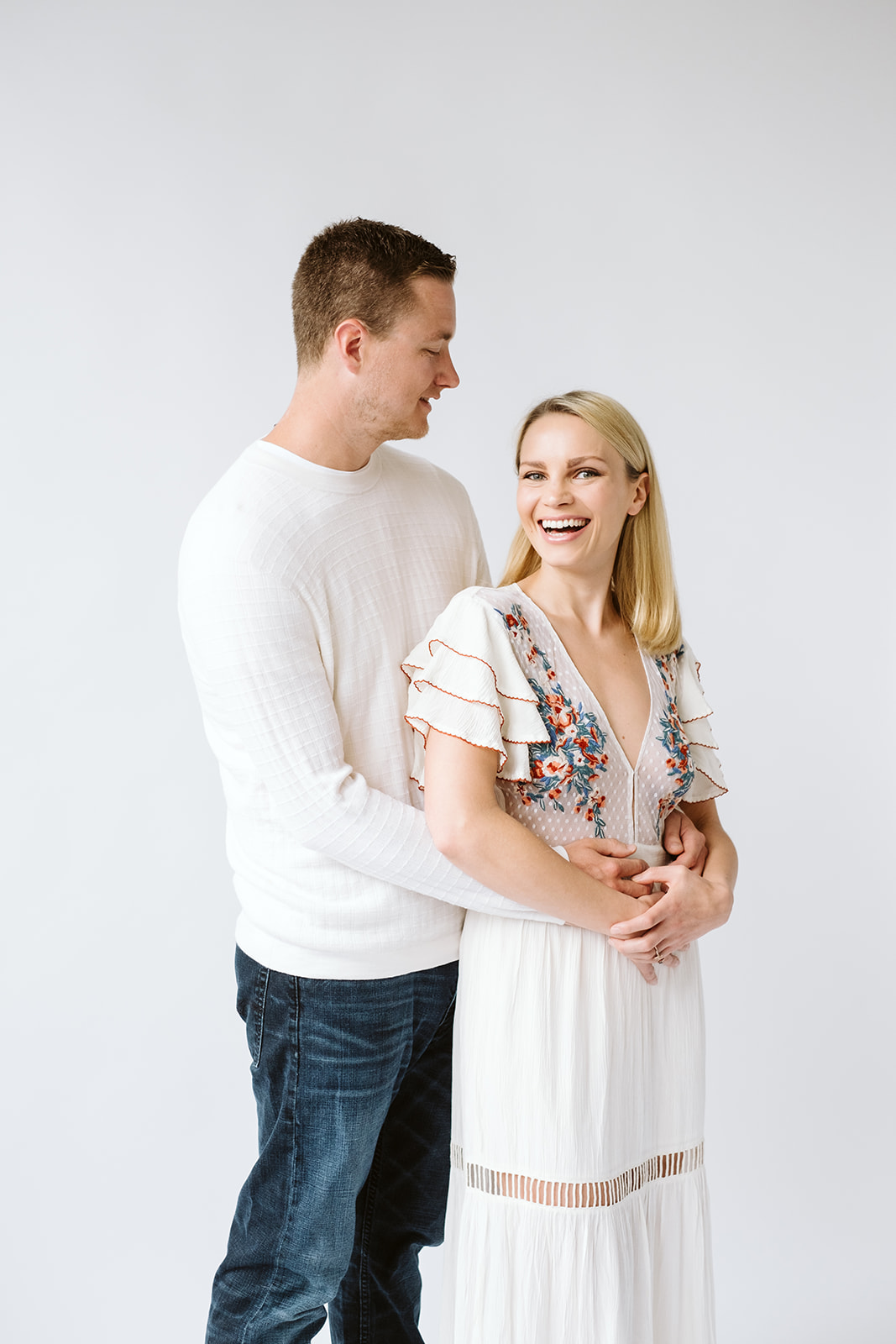 How we found out

My best friend had been in town all week and I was feeling ridiculously tired, which normally happens around the time my period is due. I remember having to peel myself out of my desk chair to try and make it to yoga class, and just constantly wanting to get into bed early. I had expected my period on a Thursday and am fairly regular, give or take a few days. When it didn’t come, I decided to take a pregnancy test; it came back negative right away.

Feeling a bit down, but not surprised, I carried on. There had been other months where I was convinced I was pregnant, but eventually my period came, so this wasn’t anything new.

By Saturday, I was still exhausted and crampy and figured my period would show up any moment. It didn’t.

On Sunday, we decided we wanted to go get some lunch and a late afternoon glass of wine. I thought to myself that I better test one more time before having a drink. Or two.

IMMEDIATELY the test had two pink lines…. which meant that I WAS PREGNANT.

Quite frankly, I was in shock! I wasn’t expecting it to be positive due to all the times we had been let down before. I started screaming and told Tony that we were going to have a baby! All I remember is feeling ridiculously happy and giddy, but also a little shocked. Again, I really didn’t think it was right due to the fact that I had just tested negative a few days before. So I took two more tests… and they were all positive.

First we played two games of Yahtzee, where we both got Yahtzees (that never happens!), then we called my mom because we HAD to tell someone, and then proceeded to drive directly to Tony’s parents to tell them.

It was so, so special and I’ll remember that day for the rest of my life. 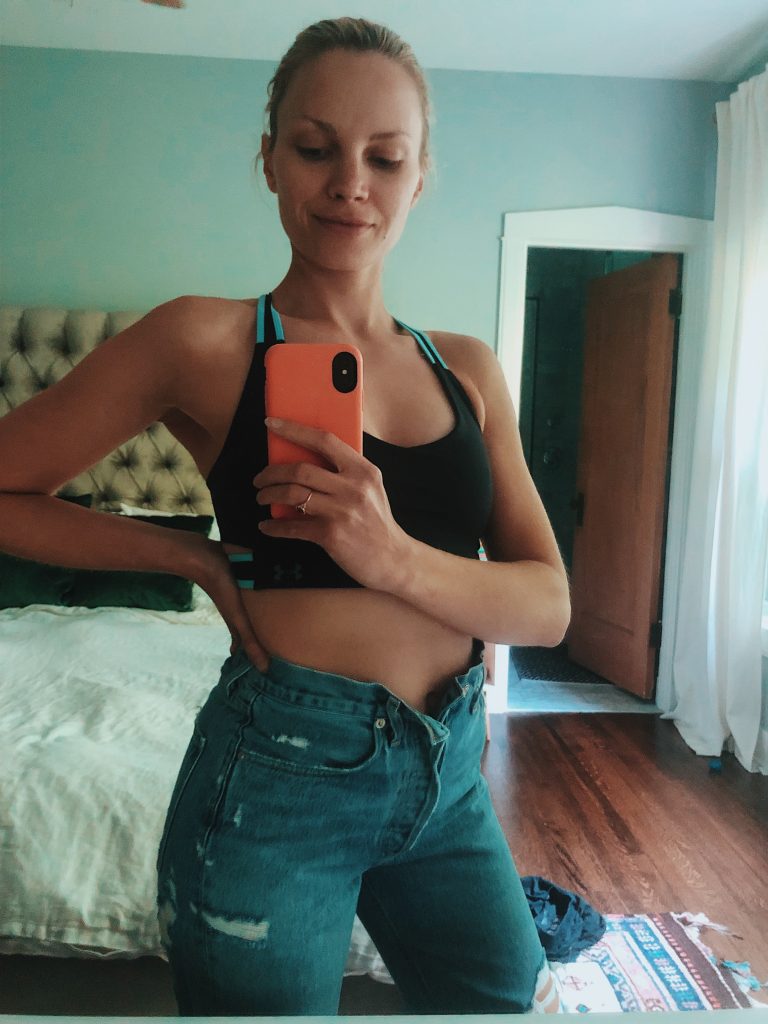 We’re having a… BOY!

We found out we were having a boy around week 11 thanks to something called cell-free DNA testing. It’s basically a blood test that can not only test for the sex of your baby, but also for any chromosomal abnormalities.

To be completely honest, I always just knew it was a boy. I had the feeling from about 7 weeks on and started calling him my little stinky boy — because I know he’s just SO stinkin’ cute and loved in there.

And yes, we have a name already picked out but won’t be sharing until he’s here.

Since my sister-in-law is getting married today, I don’t have too much time to update you all on further details, however I plan on writing an in-depth post on my first trimester for next week’s weekend updates + answering any questions and sharing my recommendations so far.

I’m curious, what do you wanna know? Any specific-related questions related to pregnancy?! Can’t wait to hear from you! xo. 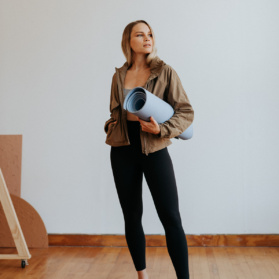 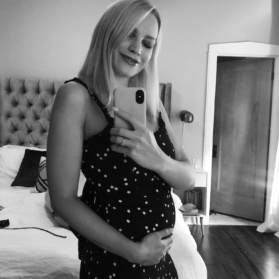 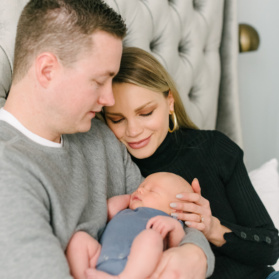 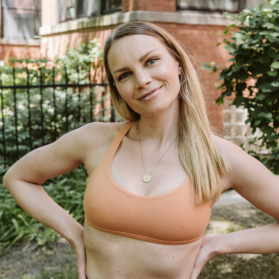