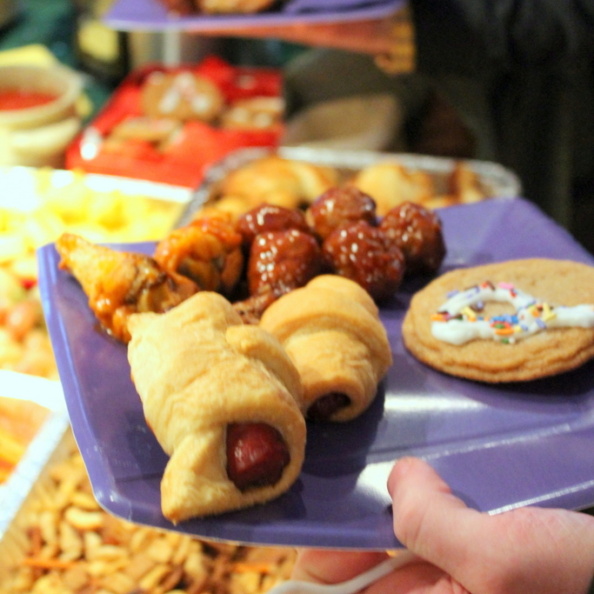 Tips, tricks, and recipes for the best football party food, including a guide to creating an awesome snackadium your guests will love! 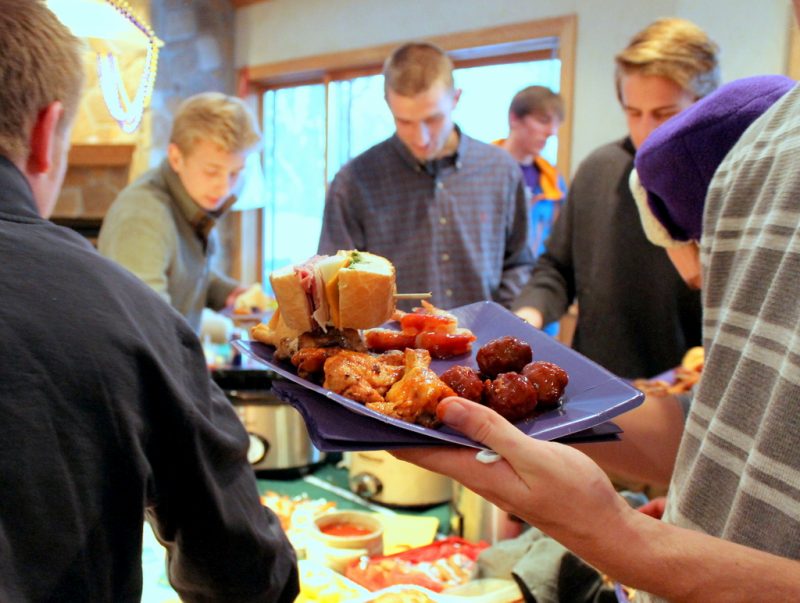 Football season is here, and I don’t know about you but I’m more interested in the snacks rather than the game. So when I had the opportunity to partner with Pillsbury to build a Snackadium using their crescent rolls & pizza dough, I was totally in!

Thus I began my mission: throwing the ultimate football party with copious amounts of snacks, dips, brown butter cookies, meatballs, wings and just about anything you can think of. 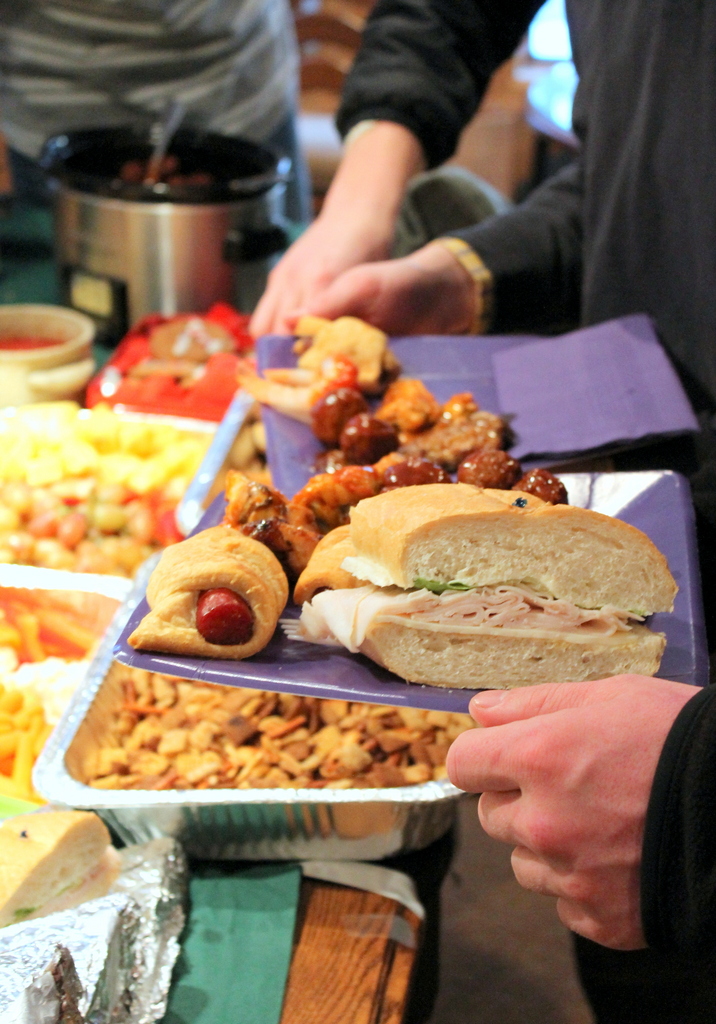 Now you’re probably wondering what I did to create this ultimate party, and it’s simple really: I built a snackdium (football stadium made out of food) on top of my pool table. Obviously the best thing known to men who love food. 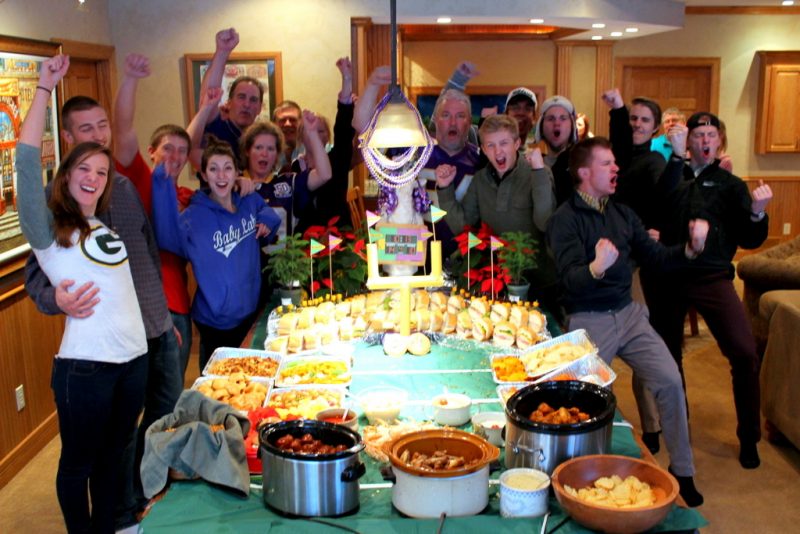 Now I didn’t think that building an actual stadium full of food would be easy access, so instead I made a buffet style football field.

Do you see how excited these people are?! They are thinking of buffalo chicken wings, Chex mix, and Pillsbury Crescent Rolls. They are going to dream about chips and guacamole and pretzels stuffed with cheese all night long.

Because really, who can even think about football when you can put together something this awesome? Check it out: 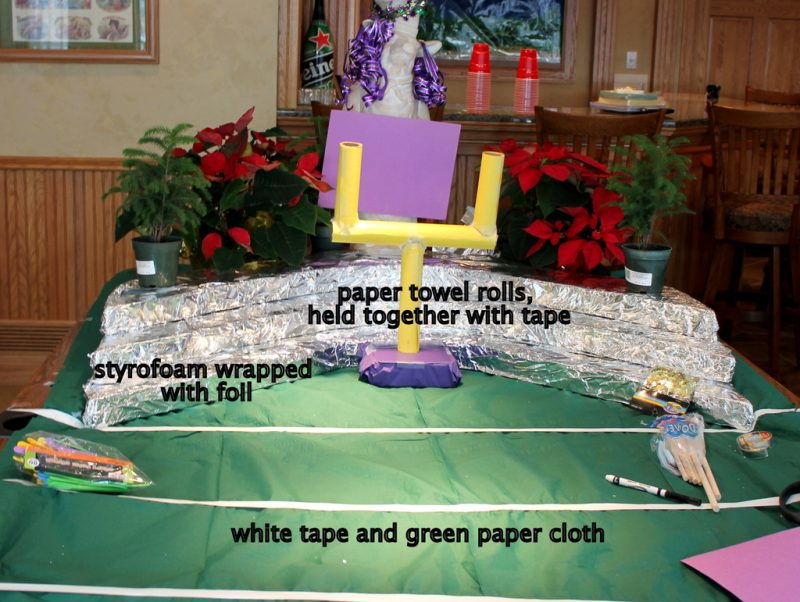 We started by rolling out green paper cloth over the pool table and used white tape to make the football field lines. For the fan stands we cut styrofoam and wrapped it in foil. There’s also an awesome goal post, which is made out of paper towel tubes colored with construction paper. This was all completely easy and can be set up on any table!

By the way don’t forget to check out the awesome pig and potted plants in the background behind the goal post. I think we were going for a tropical theme… you know with wintery pine trees.

That was a joke so laugh! 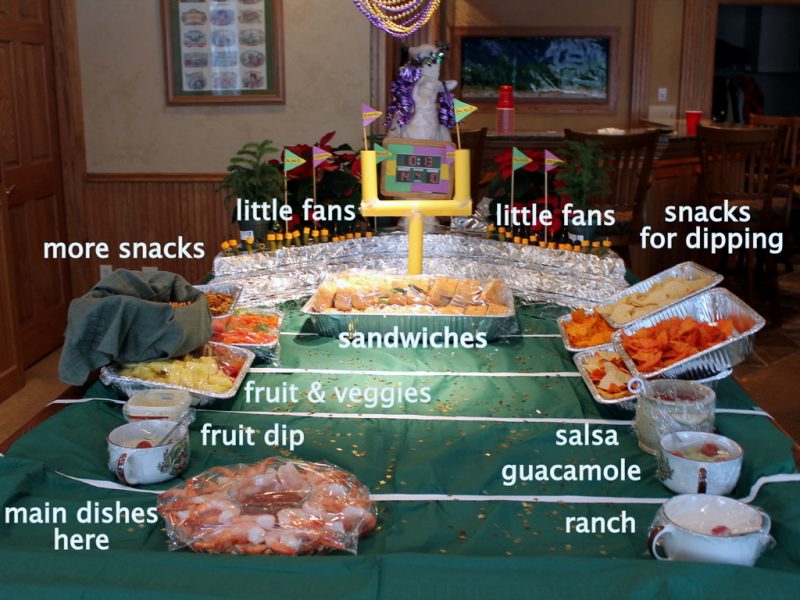 Anyway after our initial set up was complete, we started adding snacks and delicious little fans made out of cheese, olives, and pickles. 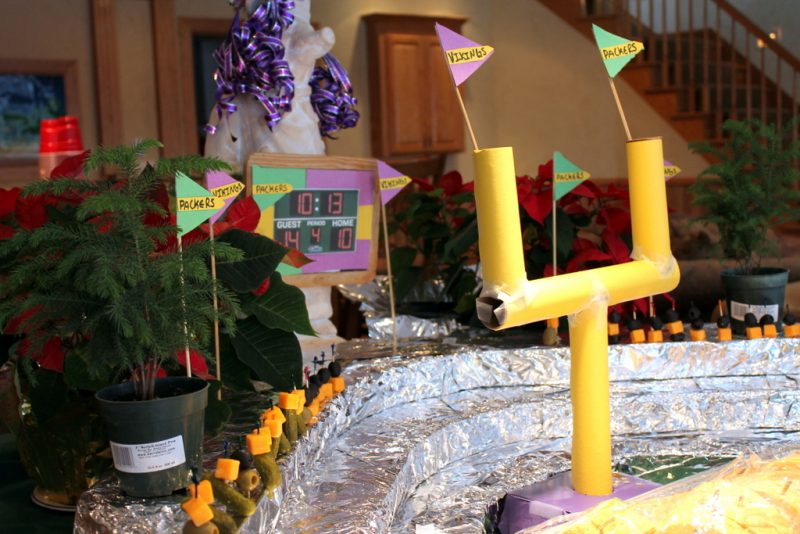 I kept eating the fans who were supposed to represent the Packers and Vikings. They looked tasty. 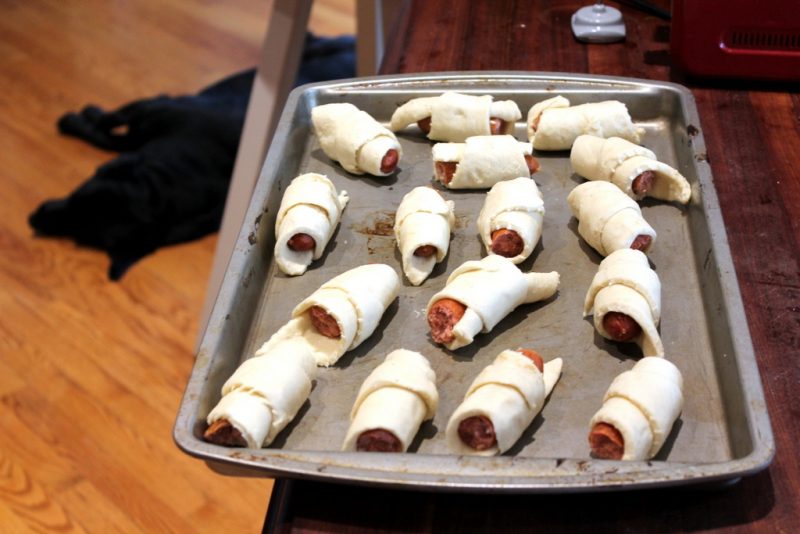 Now a party wouldn’t really be a party without some Pillsbury Crescent Dogs!

…And a super lazy dog in the background. She’s on a diet. 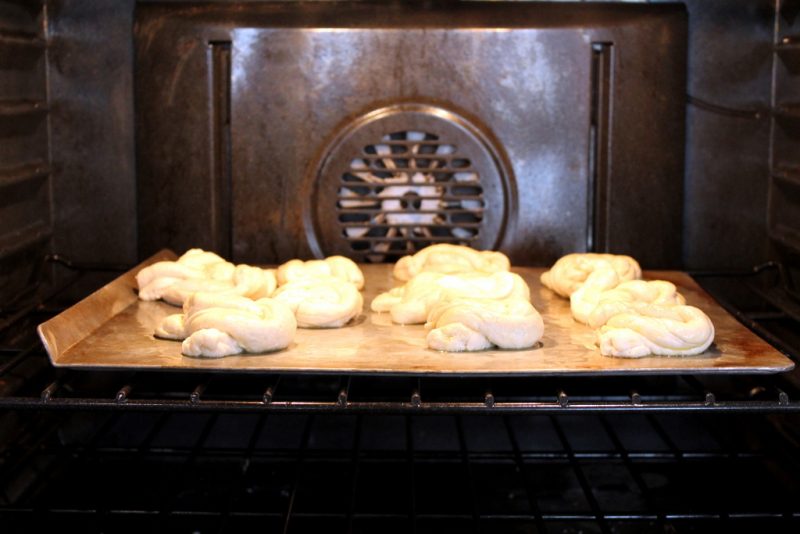 Oh and I can’t forget the Beer-Cheese Stuffed Preztels made with Pillsbury Pizza Dough! They smelled like a ballpark; I kept wanted to stick my head in the oven and inhale the fresh dough baking! The best part? They were so easy to make! 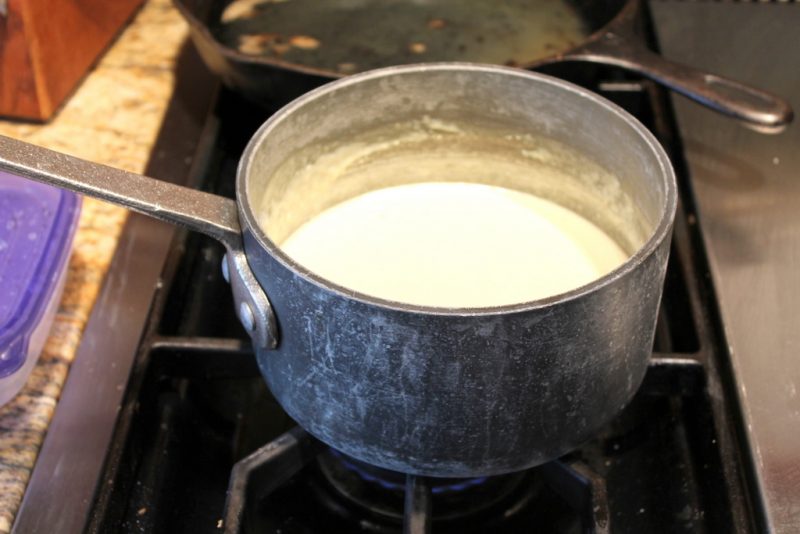 For our dipping pleasure, we served a warm blue cheese dip with bacon. It was incredible!

Looking for more delicious game day dips to go with your pretzels, chips, and even fruit? Here you go: 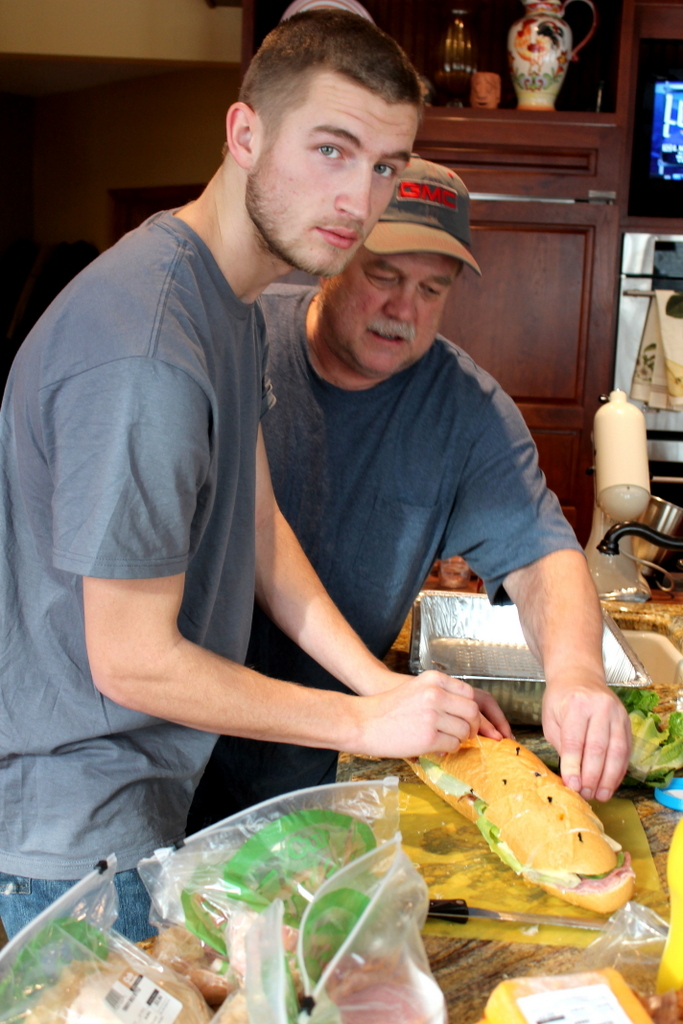 For the main courses, we made sandwiches with deli meat, a variety of cheeses, and spreads. Although you could have a ‘make your own sandwich’ station too! 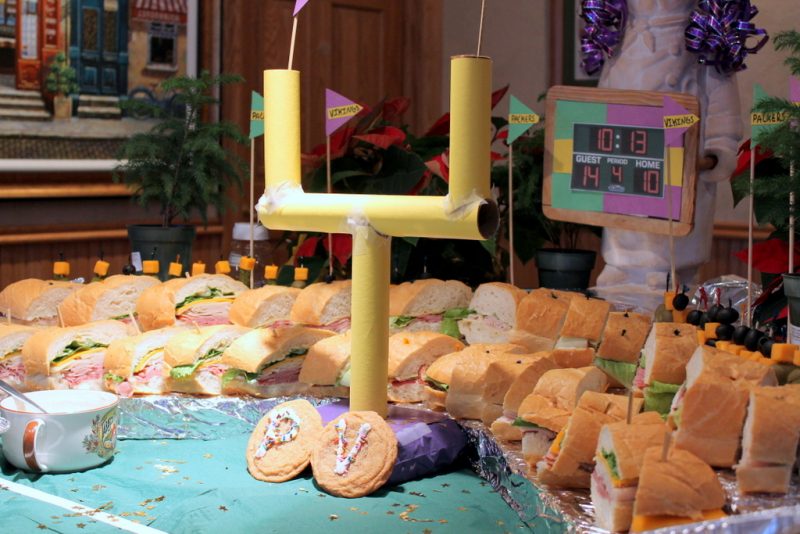 The sandwiches were placed on top of the styrofoam and stacked for easy grabbing access! 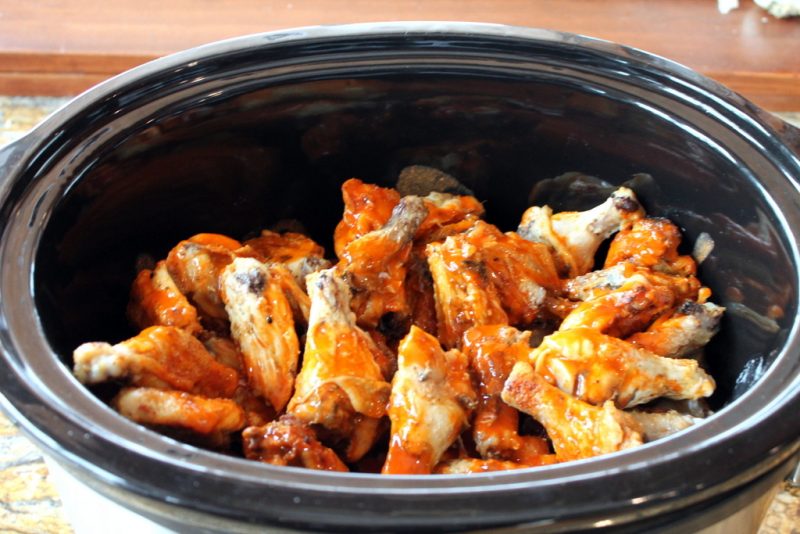 Oh and obviously to throw the ultimate football party, you need buffalo wings! My godfather has a secret recipe that everyone always devours! They are INCREDIBLE! 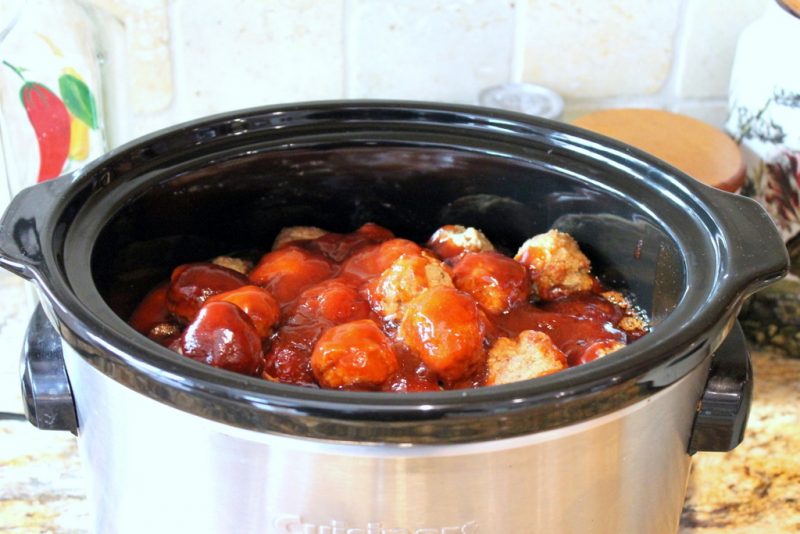 We also had BBQ meatballs! 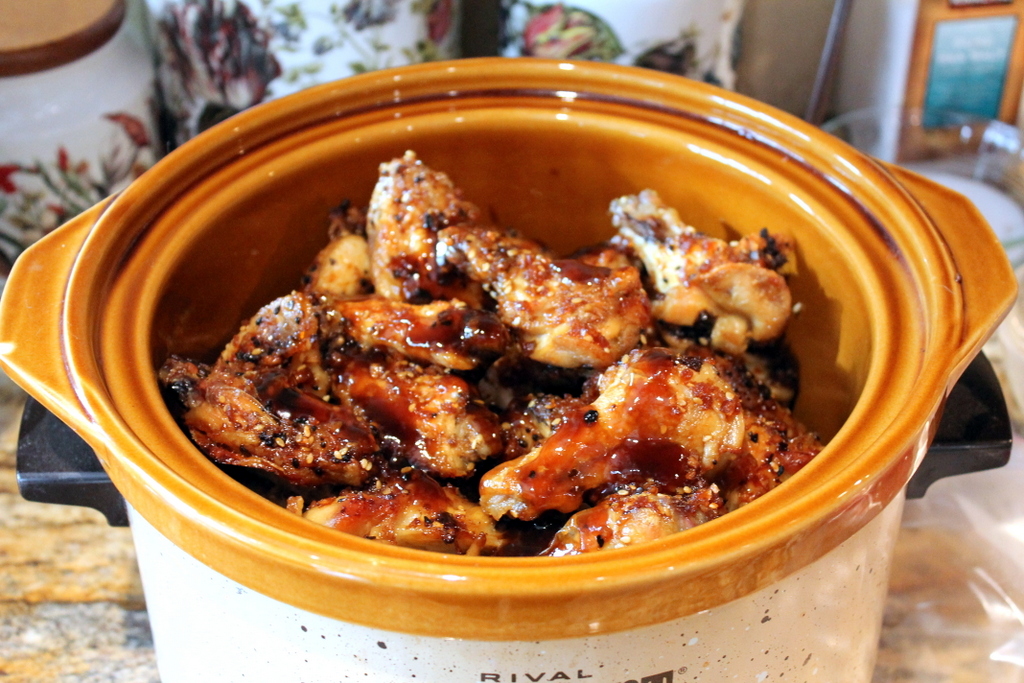 Now for your other snacks and main party food, I highly recommend the following: 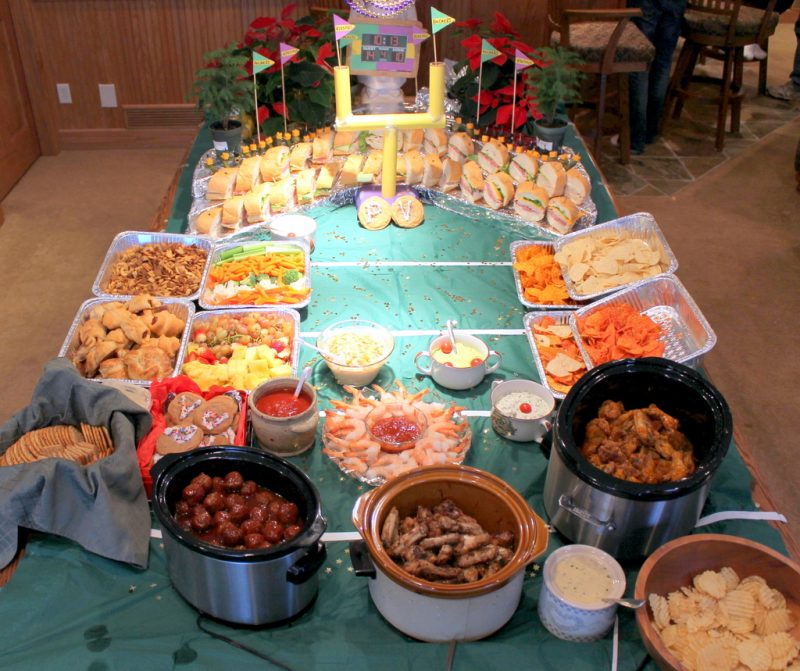 Now once the snackadium was complete, it was awesome! Everybody was ready to dig in! 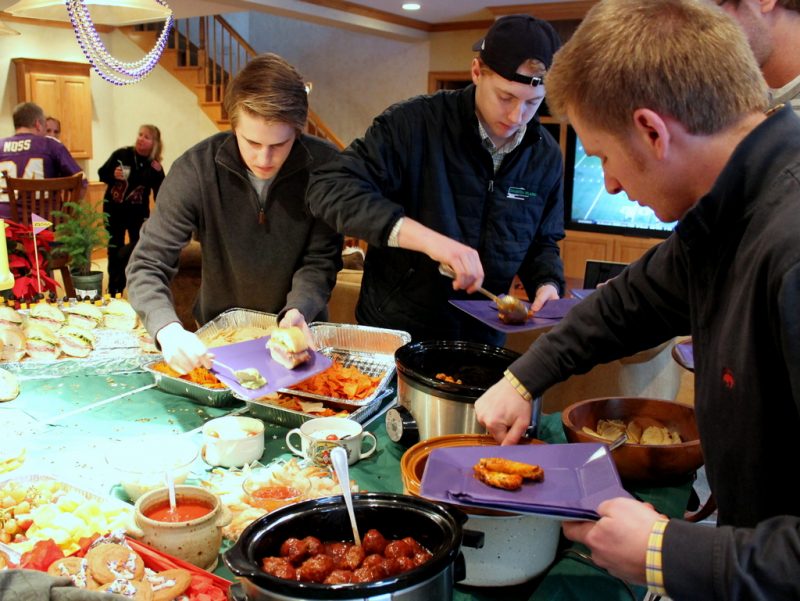 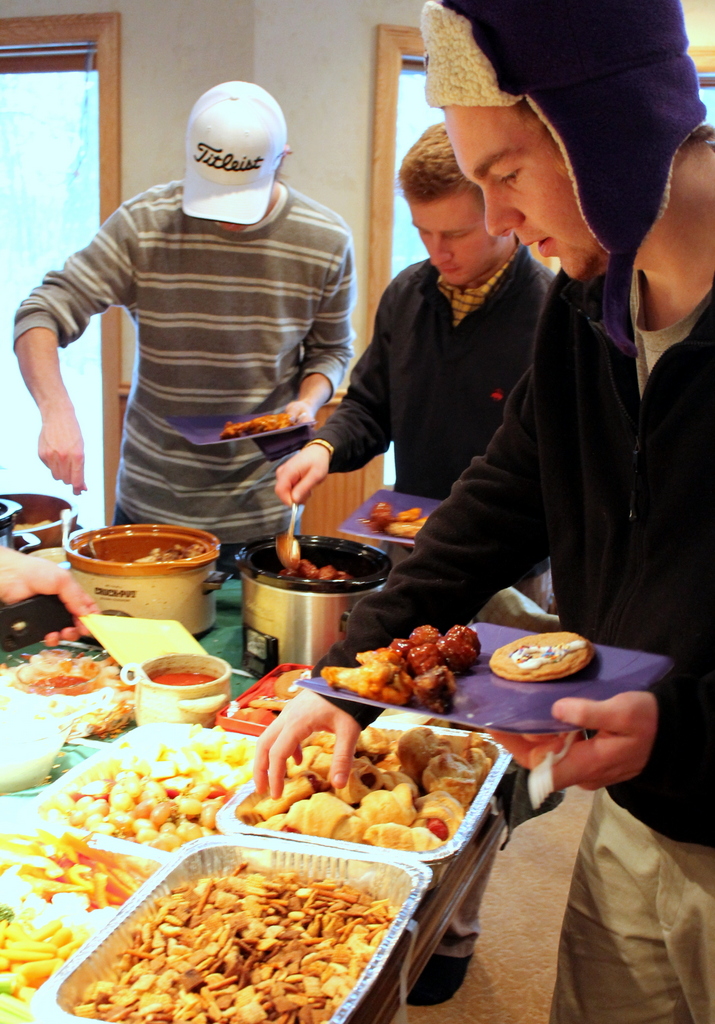 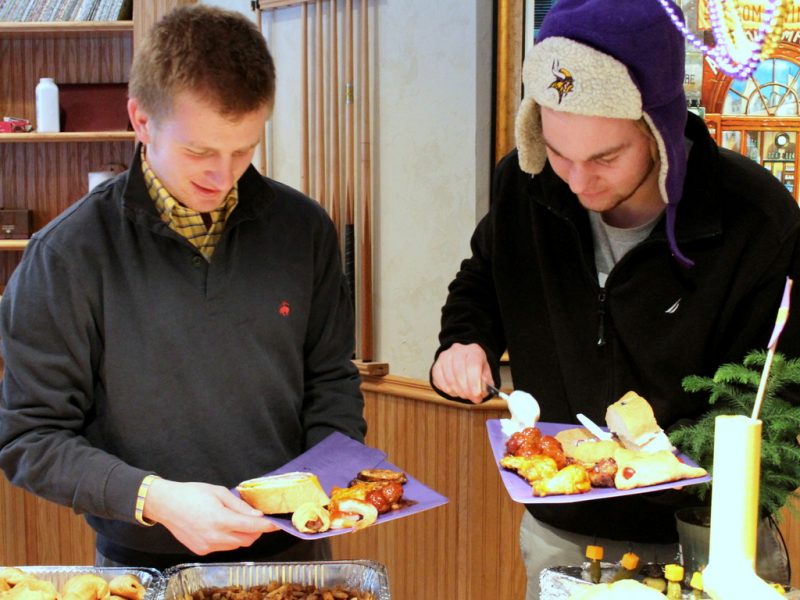 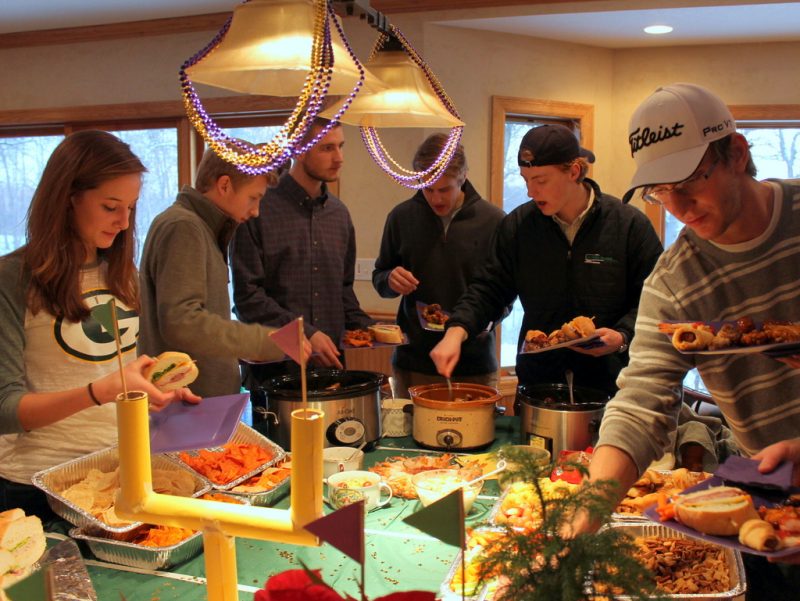 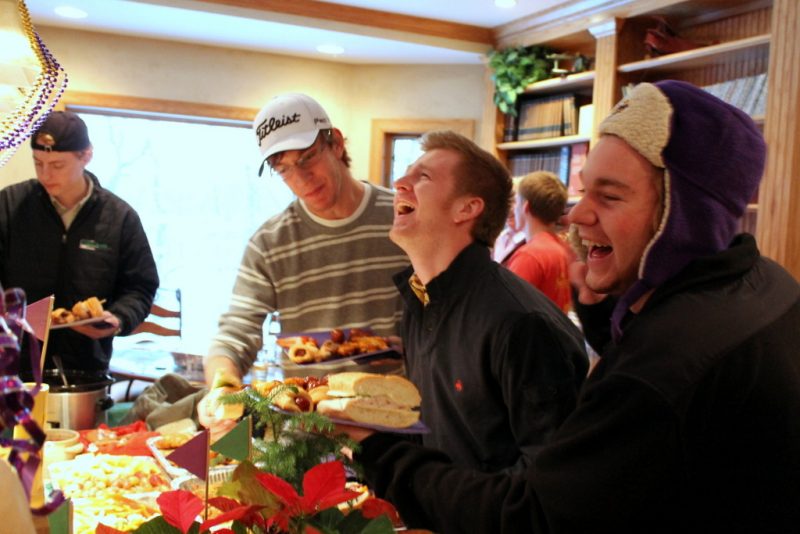 We had SO much fun! If you’re looking to have an awesome football party with lots of delicious food, try building a snackadium! Your guests will be your biggest fans! 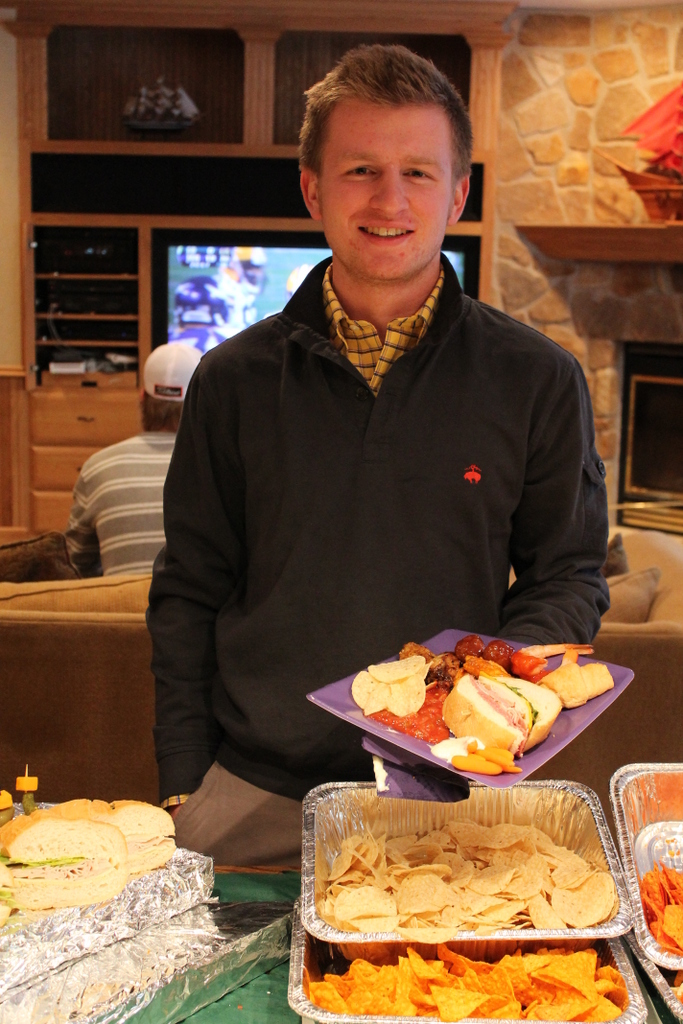 I have partnered with Pillsbury through DailyBuzz to help promote their Crescent Roll and Pizza Crust products. I have been compensated for my time commitment to work with this product. However, my opinions are entirely my own and I have not been paid to publish positive comments. Thank you Pillsbury for this awesome opportunity to create a Snackadium! 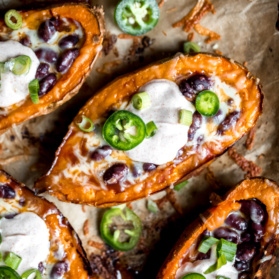 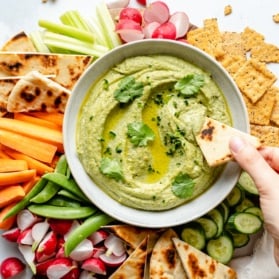 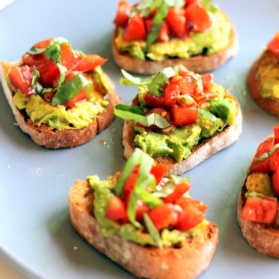 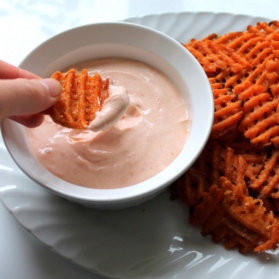