Here’s everything we ate at the 2016 Taste of Chicago! From a classic polish sausage to incredible fries and churros, check out our favorites. 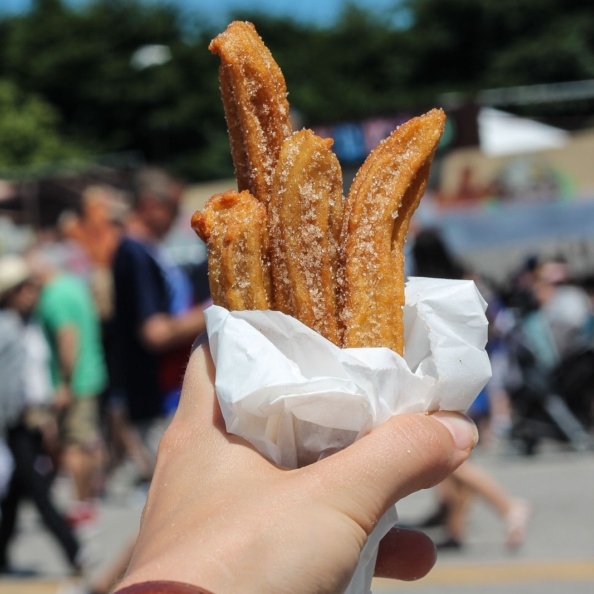 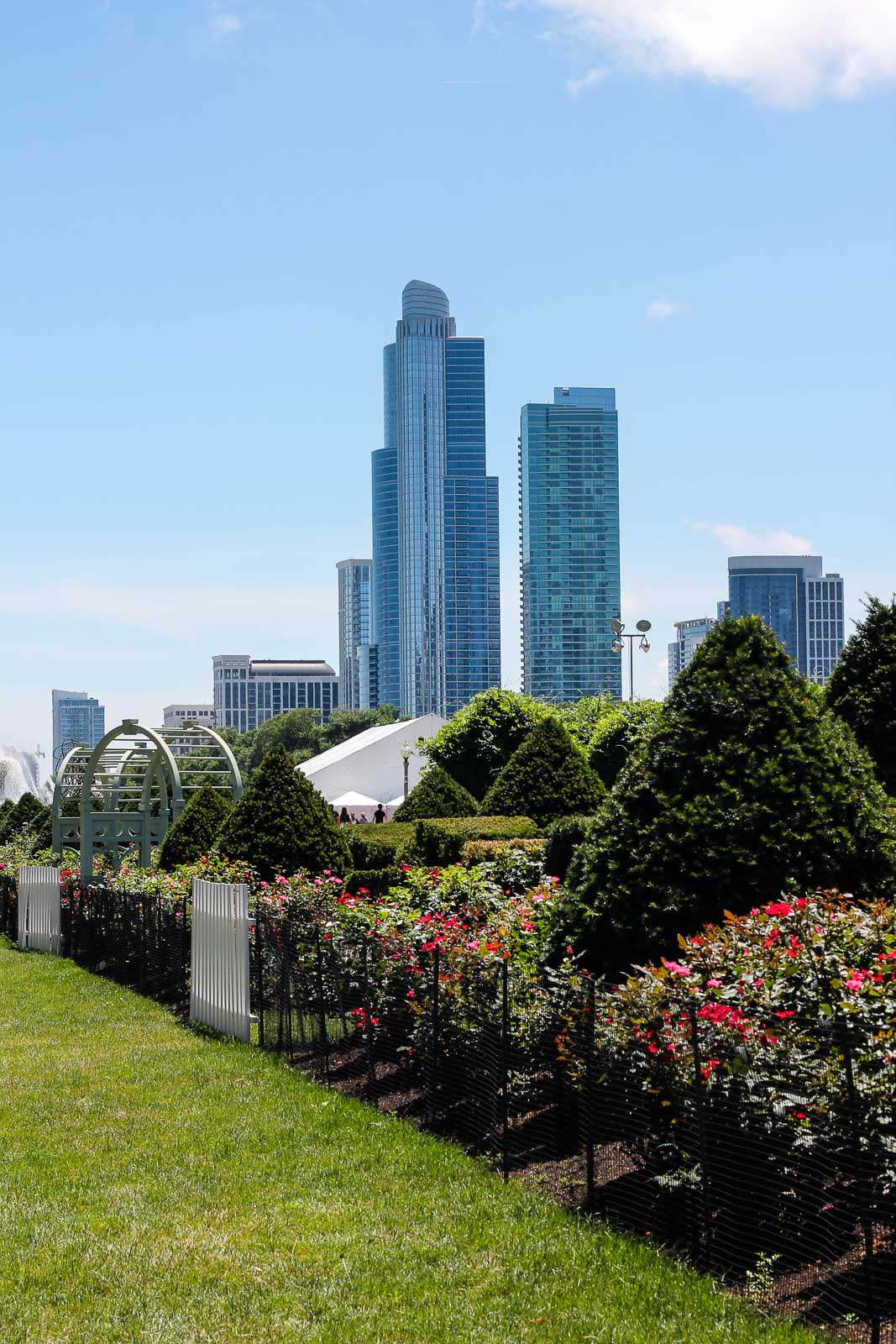 The Taste of Chicago was last weekend and I decided to bust my ‘paleo’ diet for the day and eat all the things with Tony. Just in case you wanted to see some of the goodness, I thought I’d write a little recap of what I ate.

First, what is the Taste of Chicago?

The Taste of Chicago is a huge festival that takes place every July in Grant Park. This year there were 69 restaurants, including 17 pop-ups, the biggest the festival has ever seen. The crowd was also one of the largest — drawing in nearly 1.4 million people. Yes, we love our food in the Windy City.

I have to admit I was a little hesitant in going due to last week’s heartbreaking incidents of violence here in the United States. However, I’m so glad I ended up going because I was able to experience a community of people celebrating their love for food, feasting and enjoying the beautiful weather. It felt comforting to be reminded that coming together to celebrate little things (like good food!) was still possible. There we all were, all of us, every single color, ethnicity and race, appreciating global flavors in the great city of Chicago. As I stood back and watched everyone of different backgrounds march, sing and hold hands at the ToC, I was reminded that there’s so much power in love.

In fact, there should be more power in love, rather than love in power. 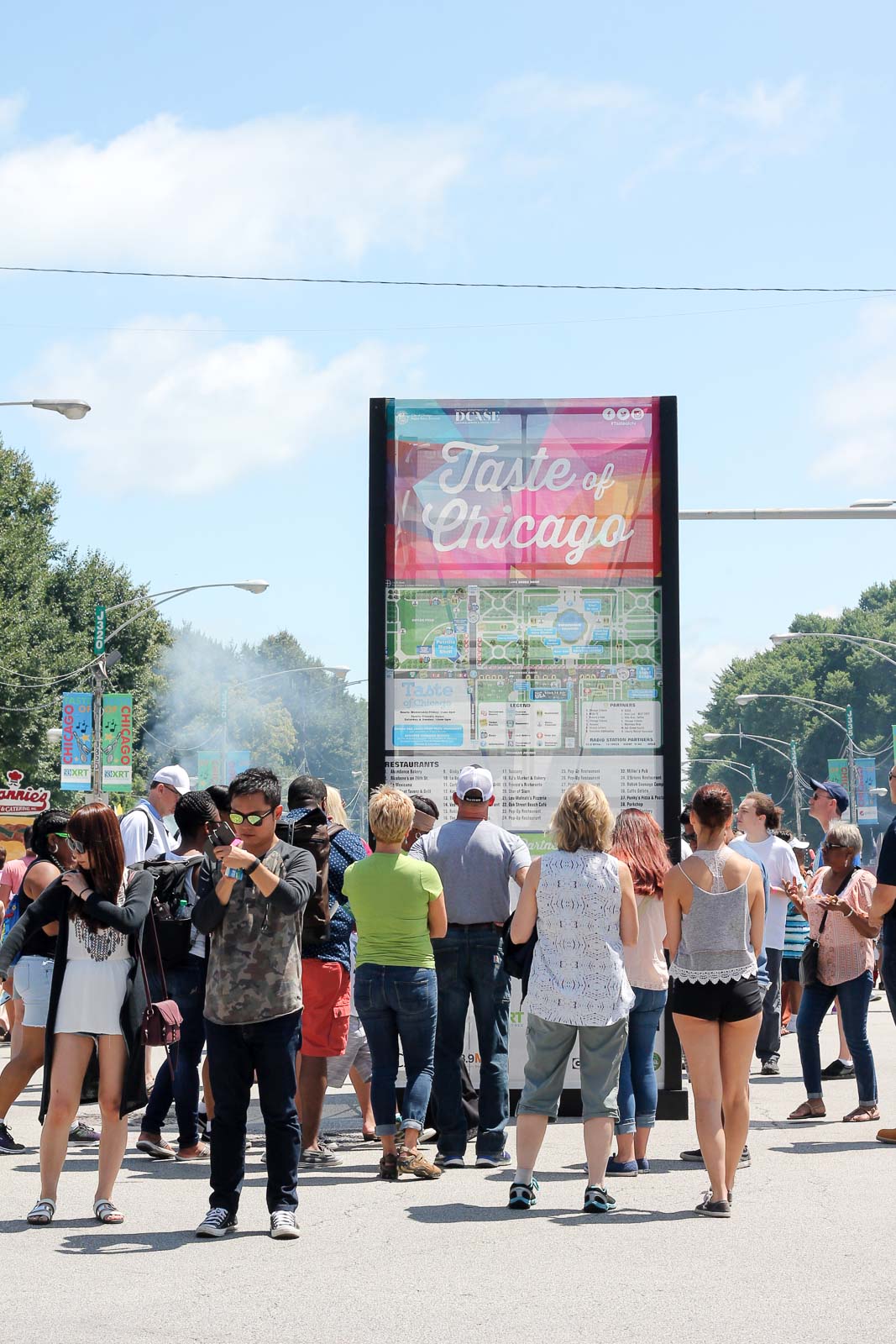 I don’t want to get too heavy because what’s been happening is such a complex subject, but I am happy that I was able to experience a little joy last week at the Taste of Chicago.

Now onto a little of what we ate… 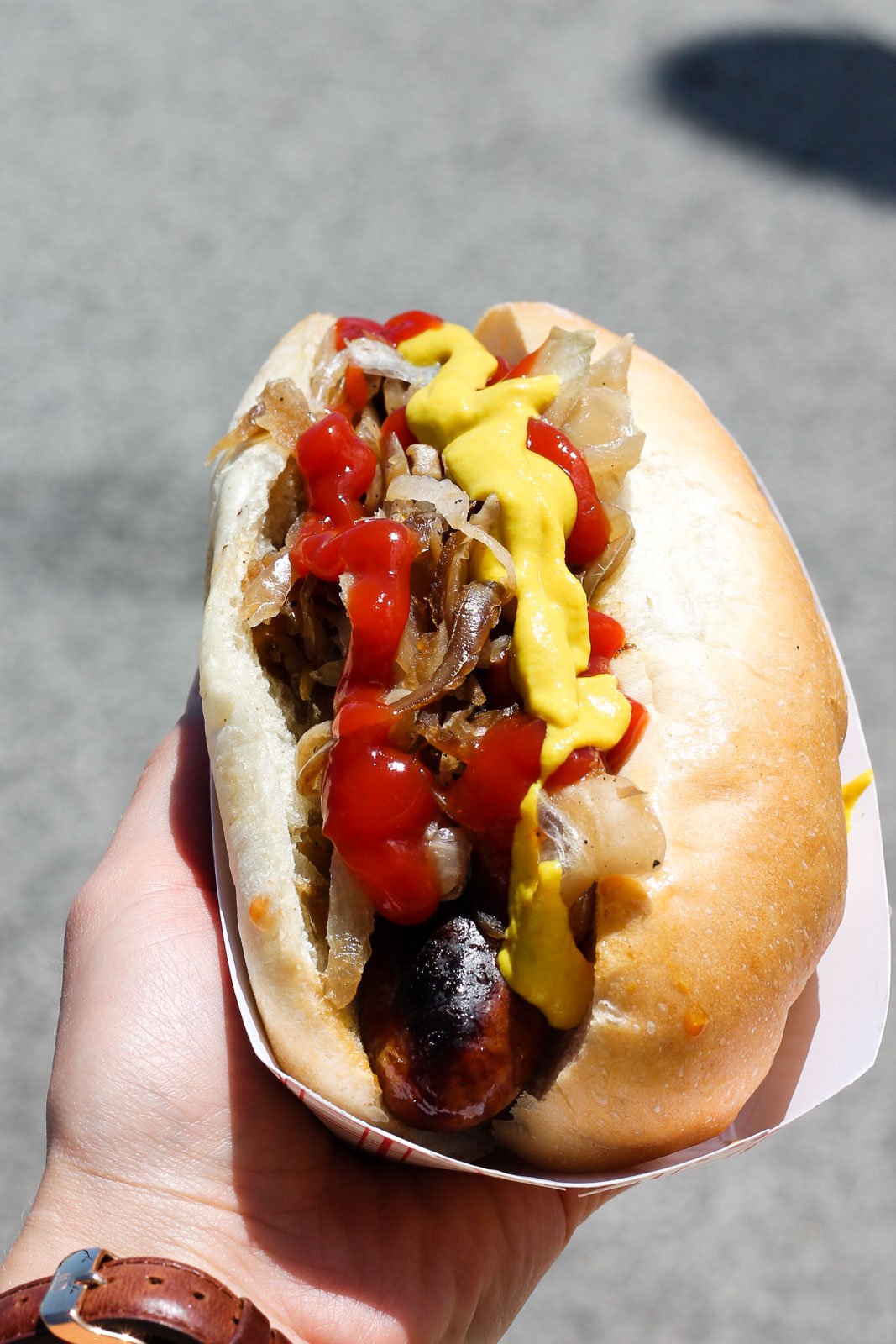 When we arrived we were absolutely starving, plus we had been paleo for nearly a week, so naturally giant polish sausages FTW. These were nestled in the biggest bun & served with grilled onions. 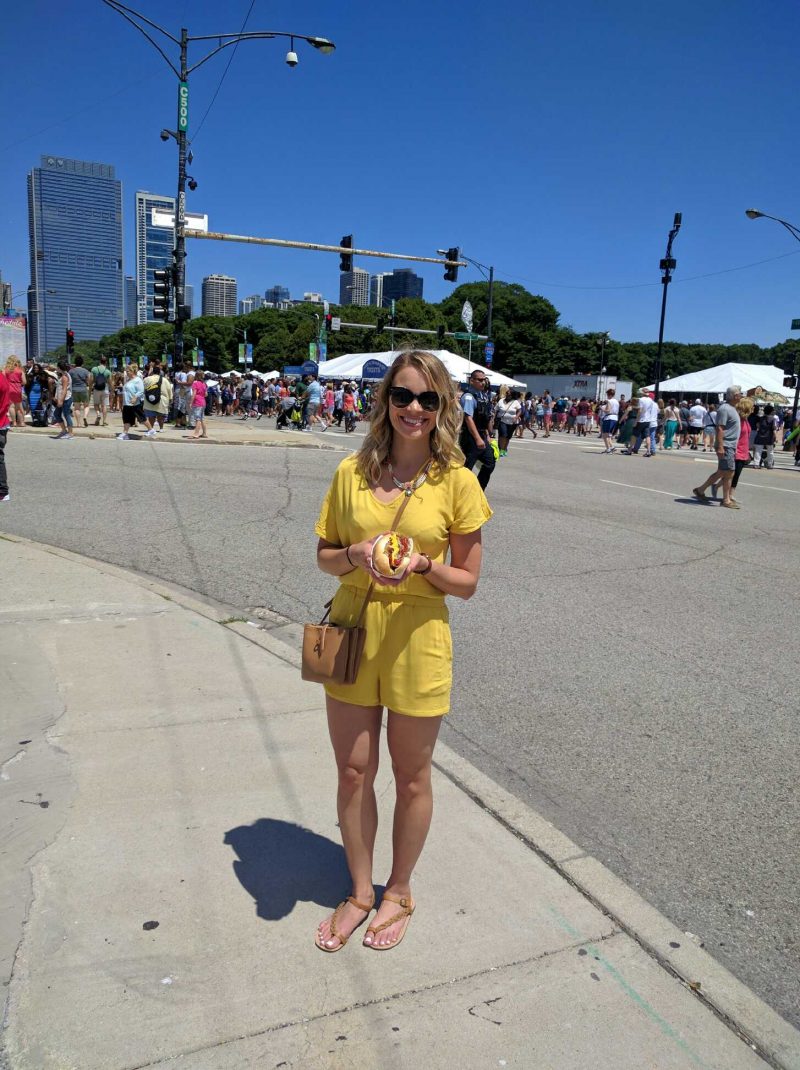 Tony and I took about 10 ketchup packets each because you can never have too much ketchup. OH YEAH BABY. 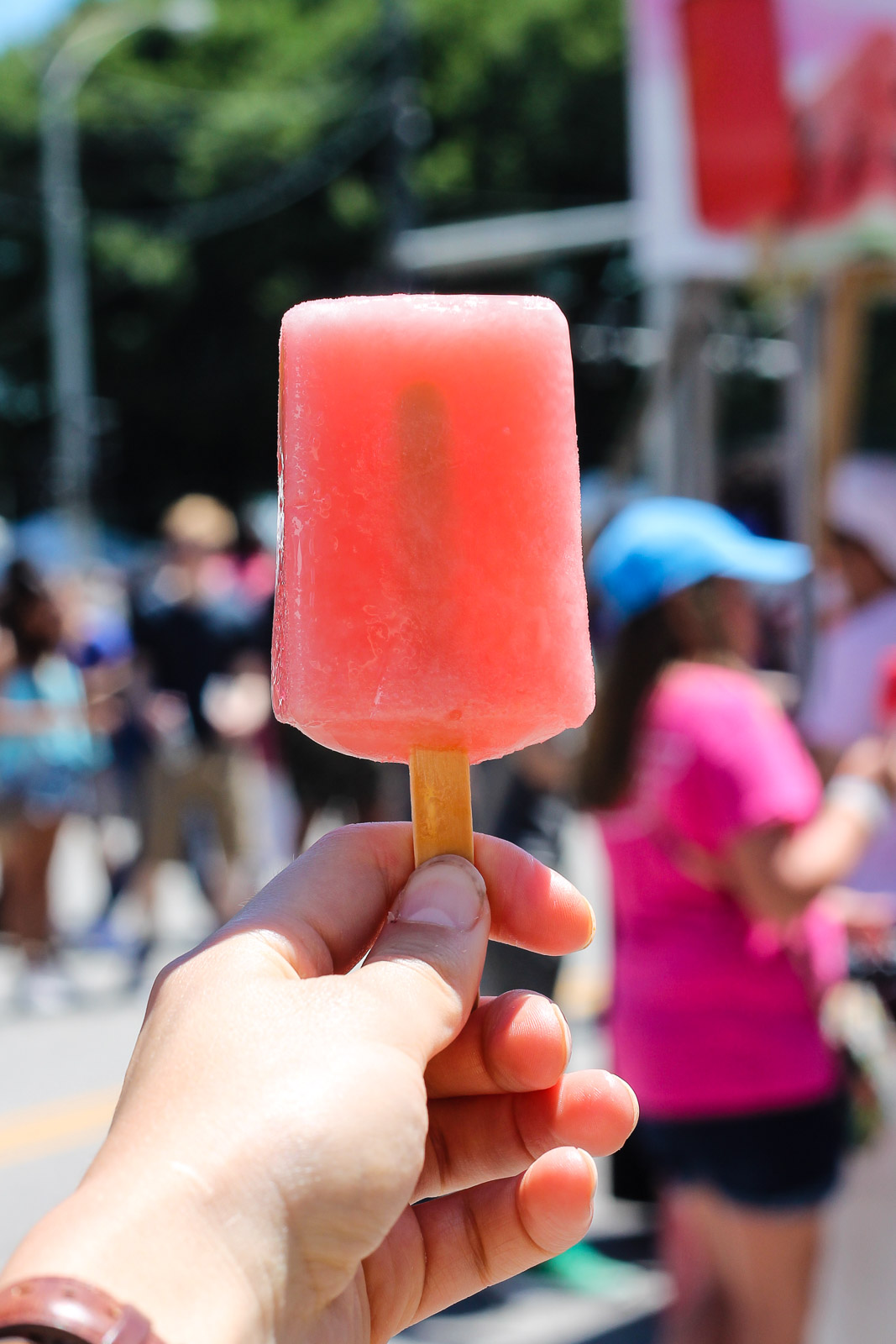 Next up on the agenda was a little something sweet. These watermelon popsicles were SO refreshing and on a 90 degree day, nothing could compare. 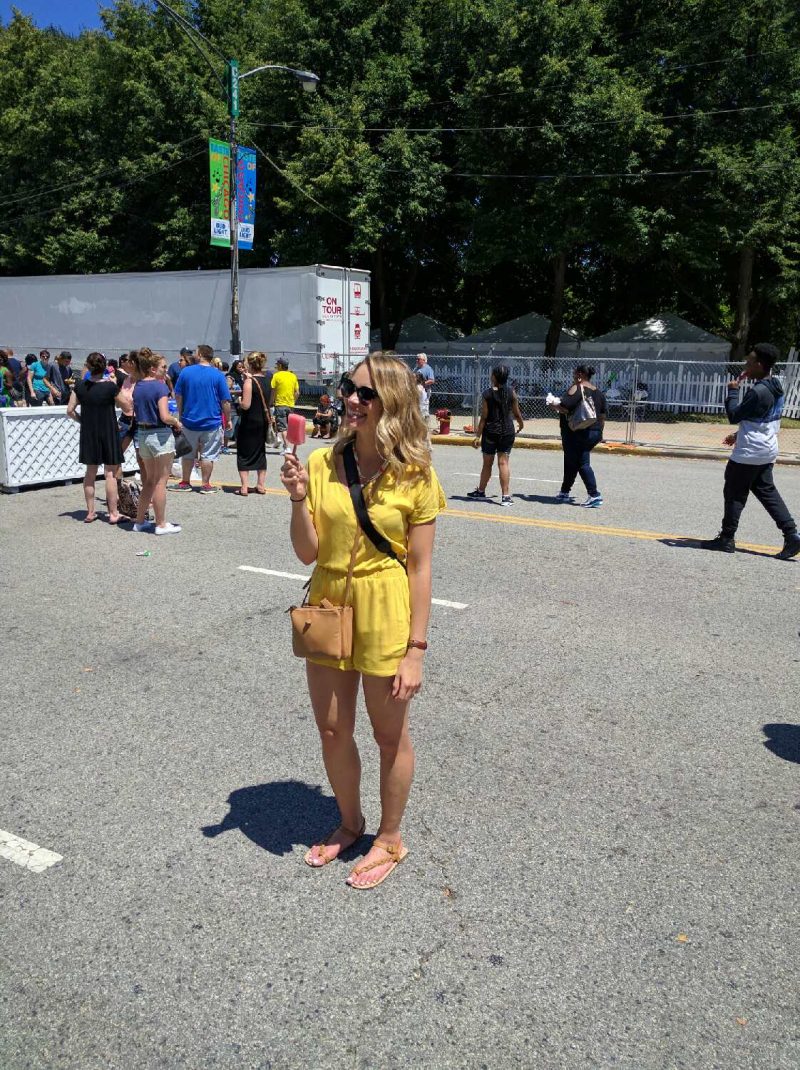 They were selling bigs & minis and in ridiculously good flavors, too! 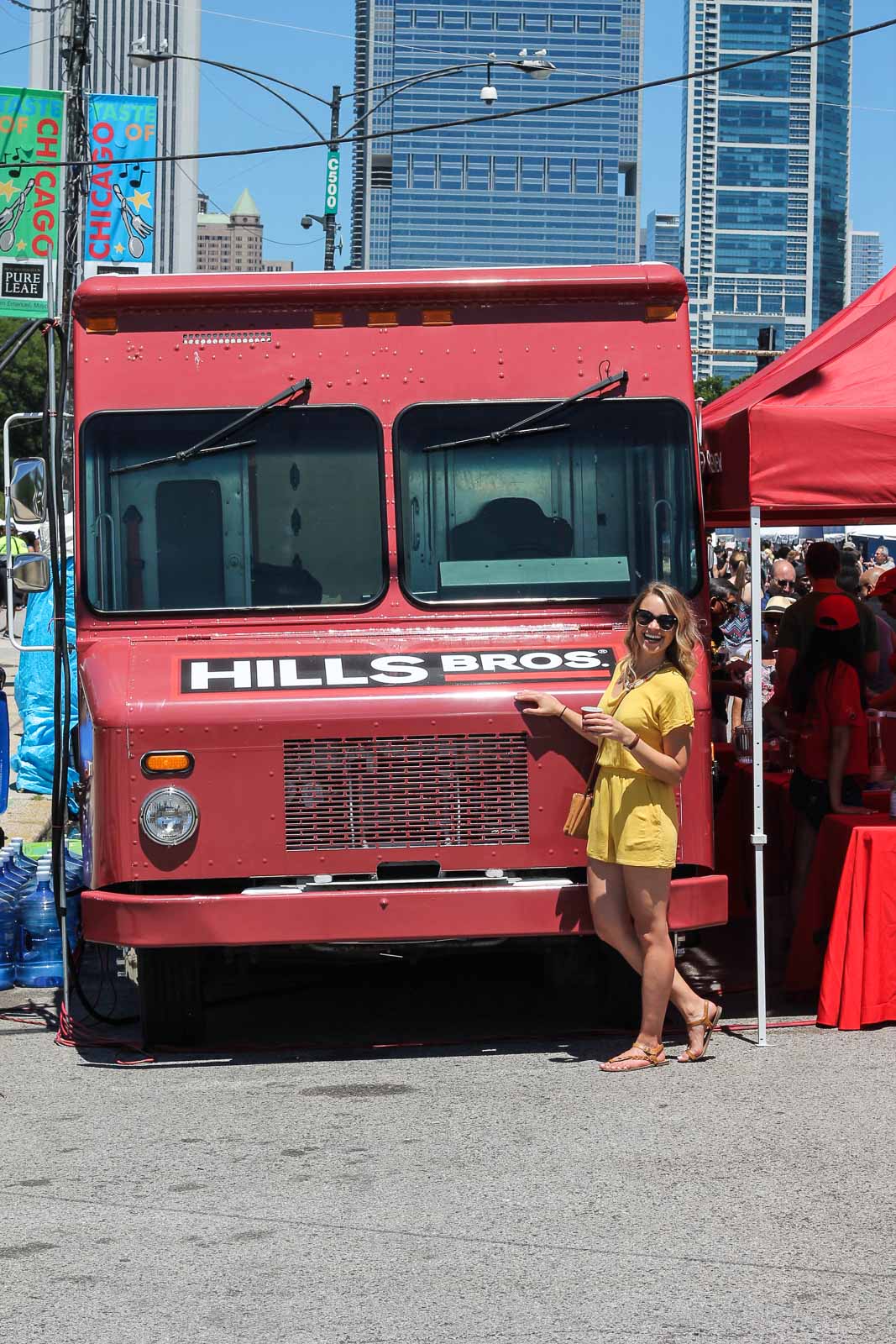 After our watermelon popsicles, we stopped by the Hills Bros. Coffee sampling truck to check out their new compostable single serve pods!

Seriously how cool is this: The single serve pods breakdown to become nutrients for the soil when processed in a composting facility. You can find a composting solution by visiting www.coffeecomposting.com.

Can’t wait to brew up a earth-friendly cup of joe. 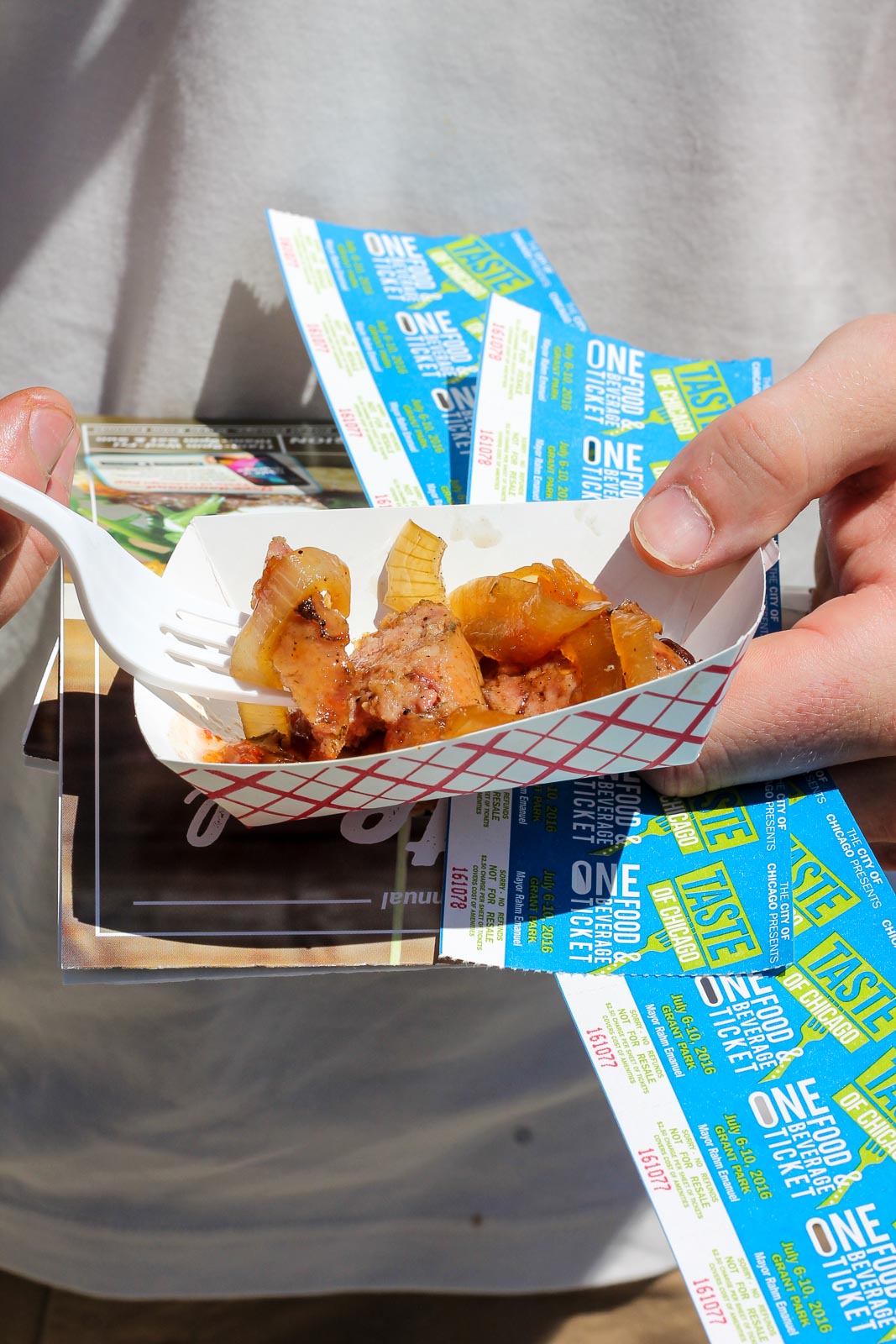 It wasn’t long after that when Tony decided he wanted more food aka alligator sausage. Yes, you read that right. He claims it was pretty good, but I can’t be confident. 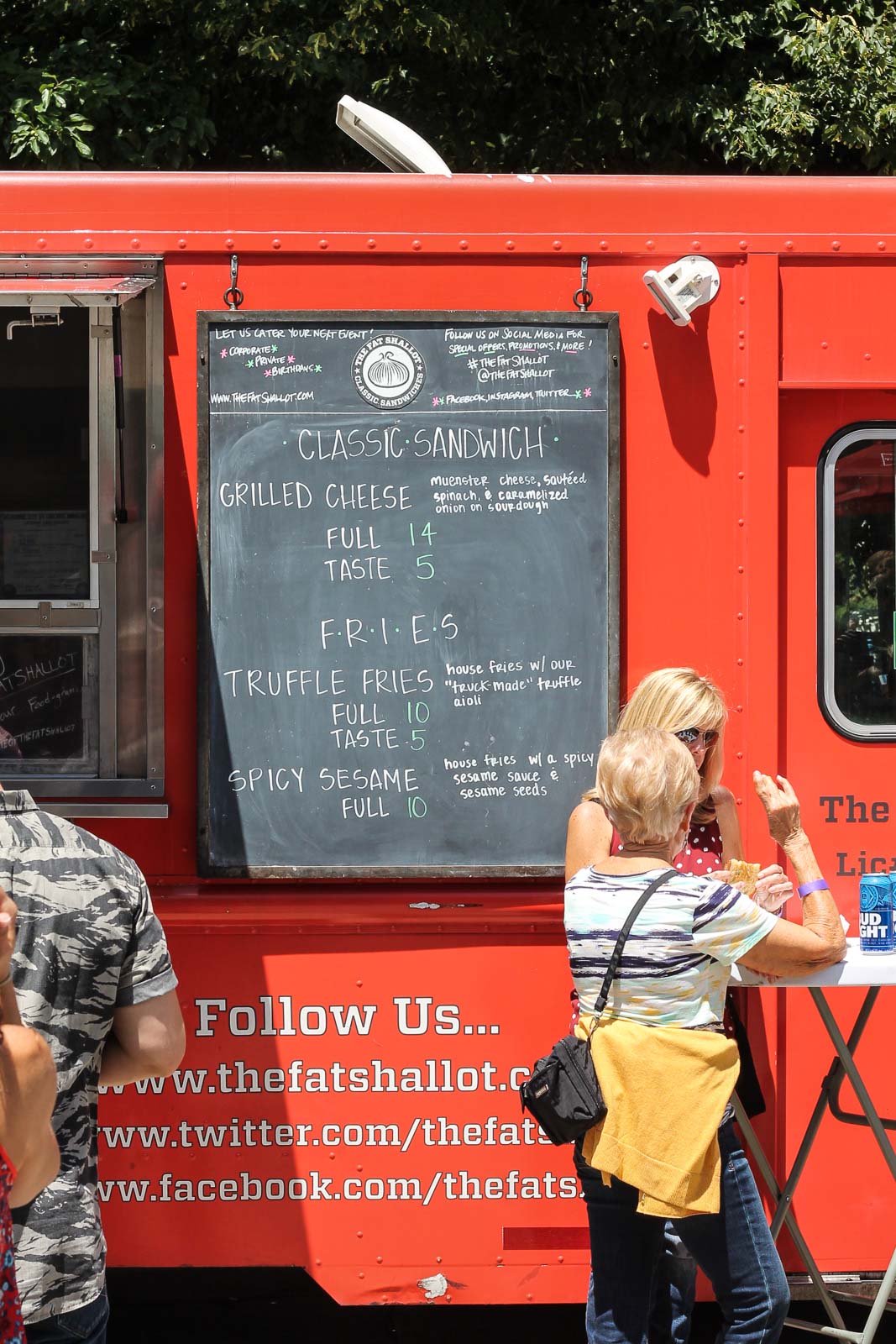 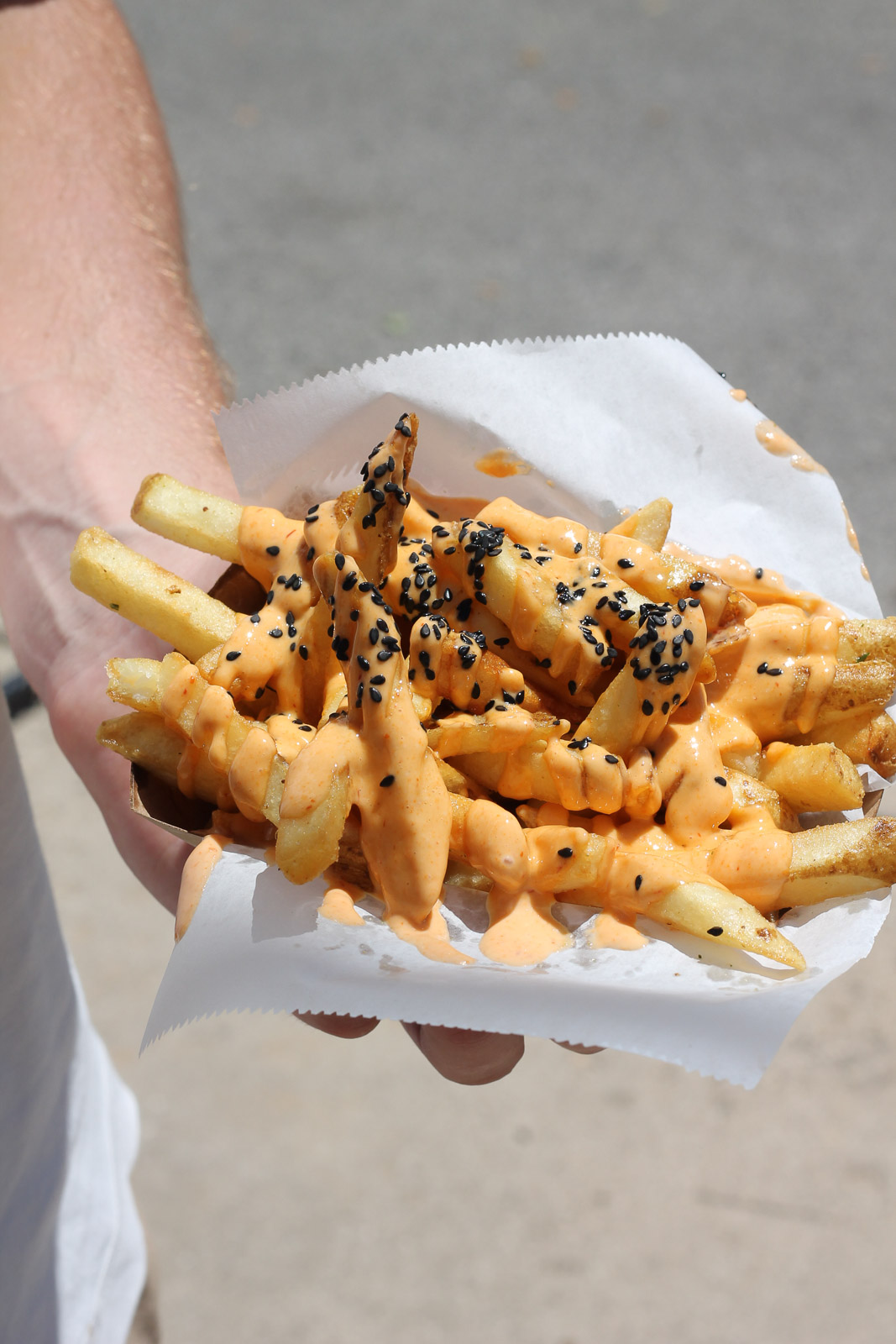 After walking around for quite some time, we needed more food. As soon as I saw a menu with spicy sesame fries, I knew what was going to go down. The fries were pretty good, but the sauce was a little too much. Either way, it’s giving me serious french fry inspiration. 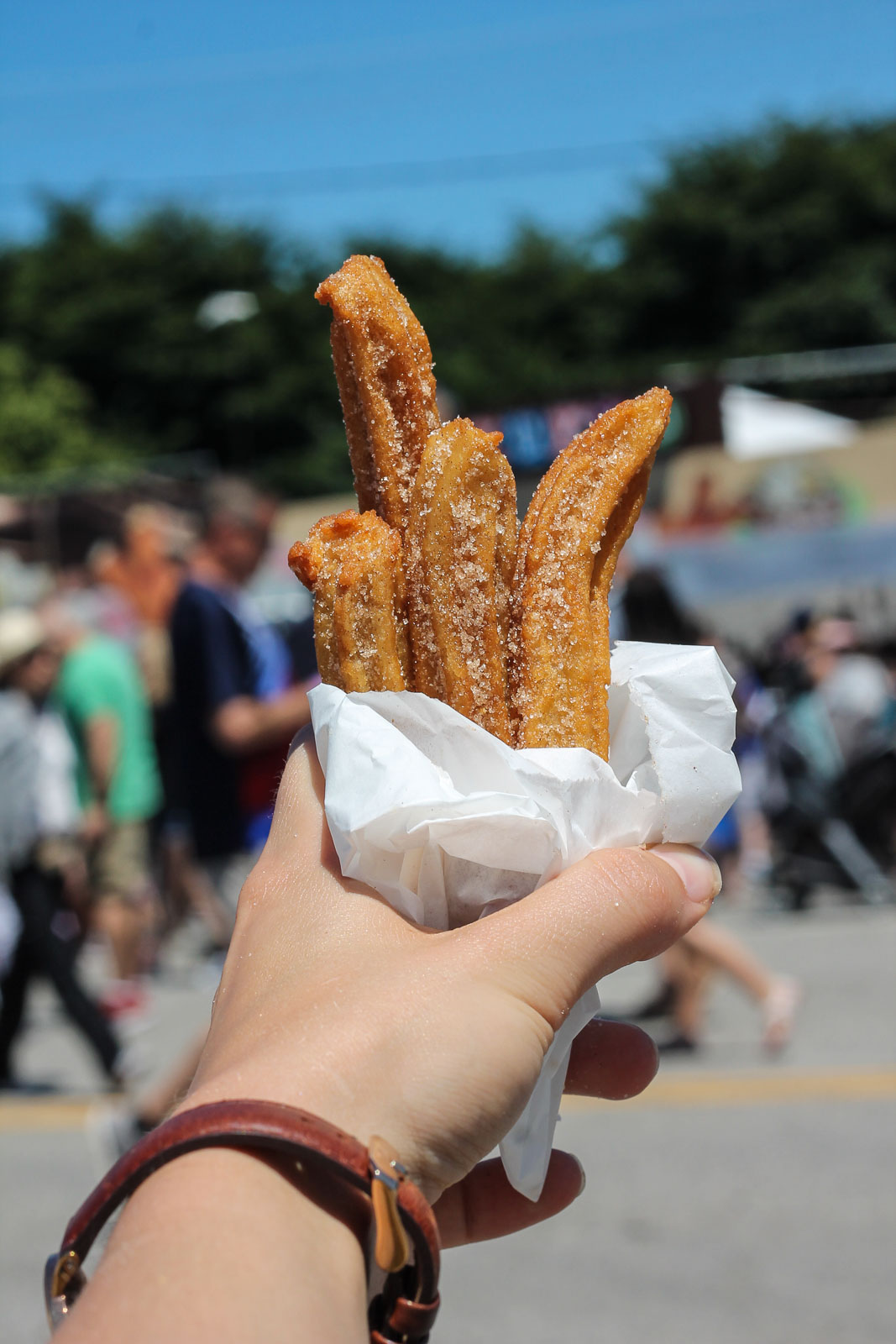 We ended the day with Churros. Dipped in coffee. It was excellent.

We were happy and full. I was in a food coma for a good three hours after that.

Places we wanted to try but didn’t: 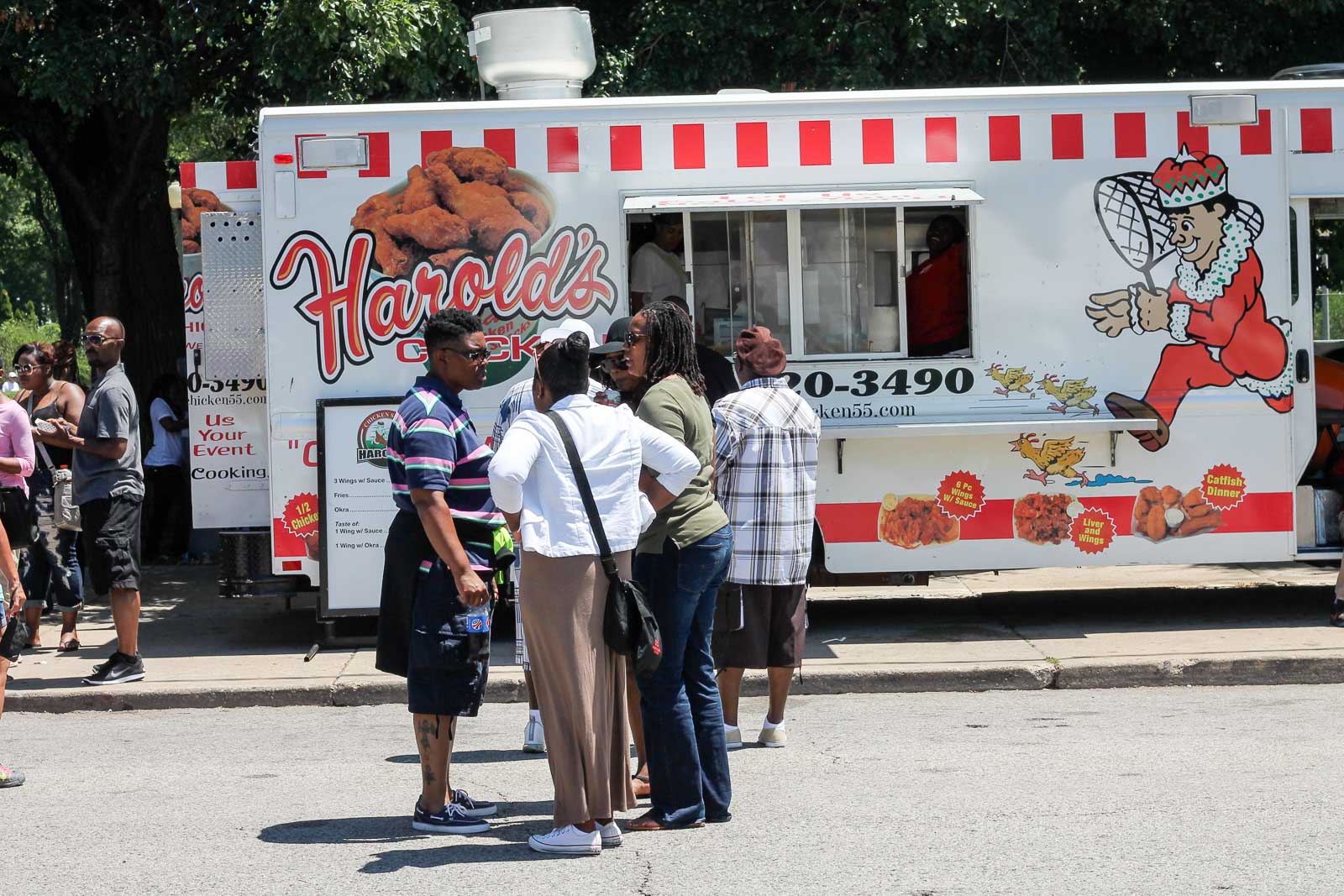 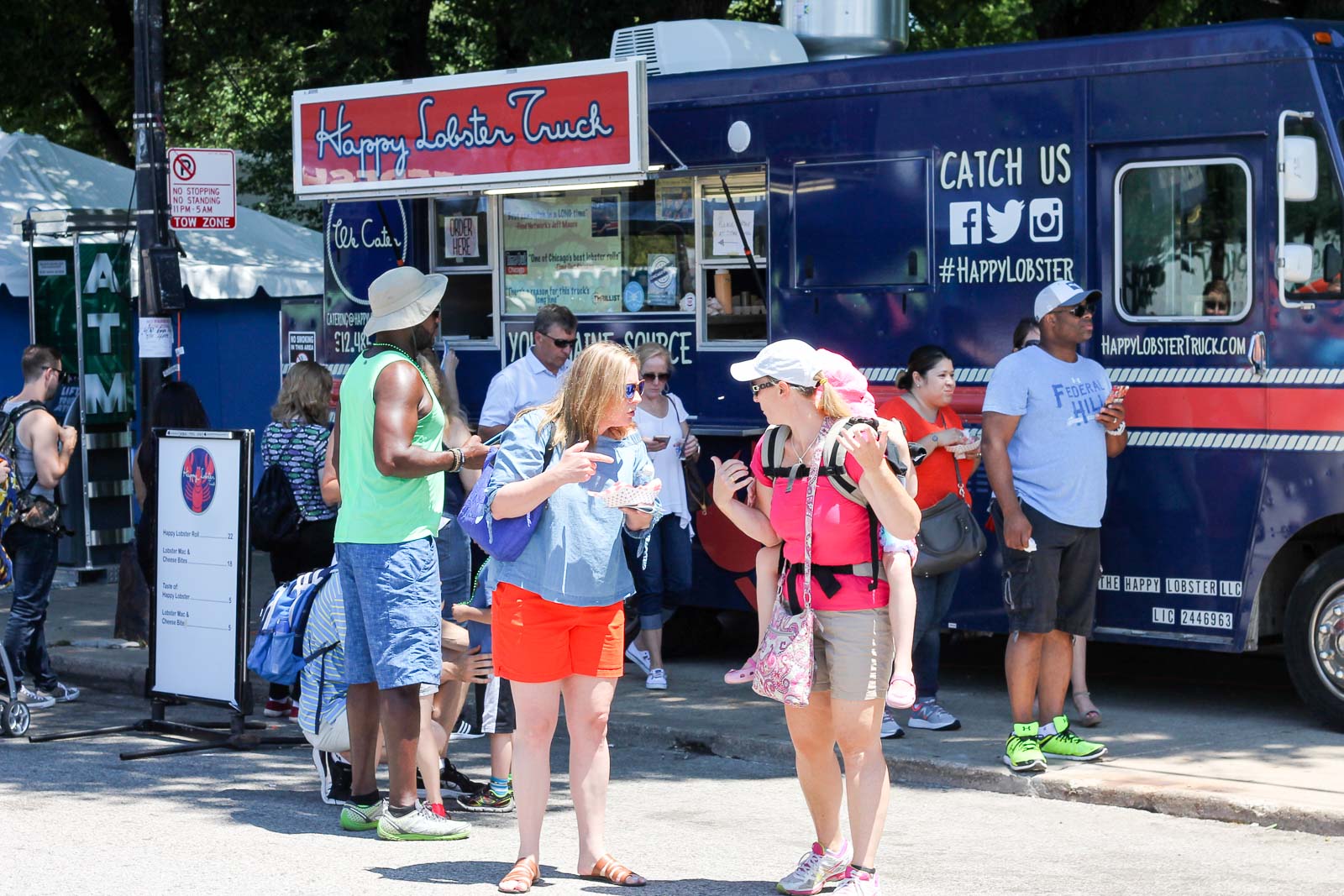 The Happy Lobster Truck. We were honestly too full to eat anymore, but maybe next year we’ll go all out!

I’m curious, did you go to the Taste of Chicago? If so, what did you eat?

Disclosure: I was asked to participate in the #BrewAndRenew campaign, sponsored by Hills Bros. Coffee to check out their new single serve compostable pods. All opinions are my own! As always, thanks for supporting AK and the brands that help make this site possible. 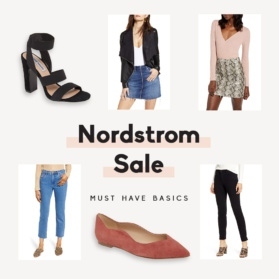 Nordstrom Anniversary Sale: 20 Must Have Basics 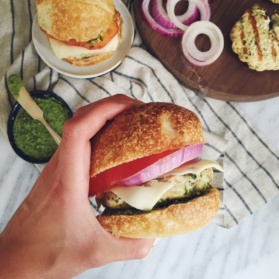 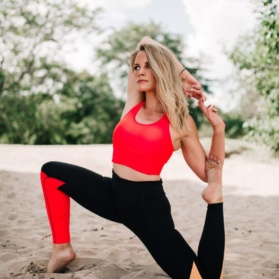 Weekend Favorites: a weekend of soul soothing + where I’m going on my honeymoon! 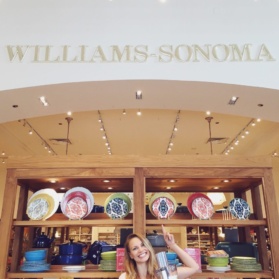