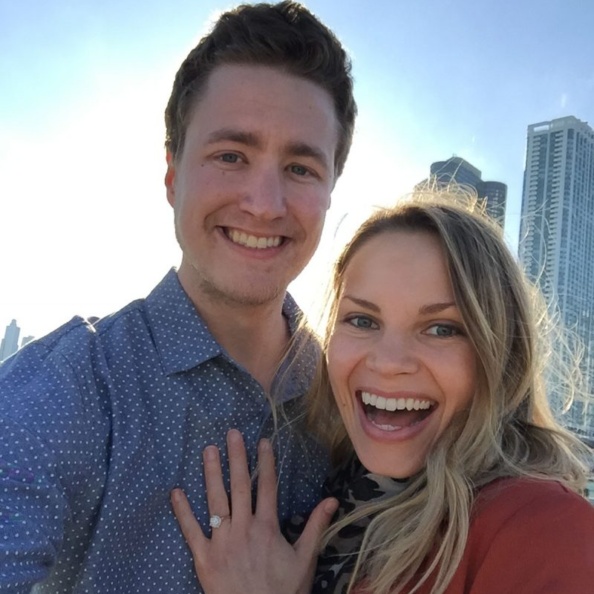 The Proposal + photos of our love story

Sharing our engagement story + photos of over the three years we’ve been dating. This wedding thing is gonna be so much fun! 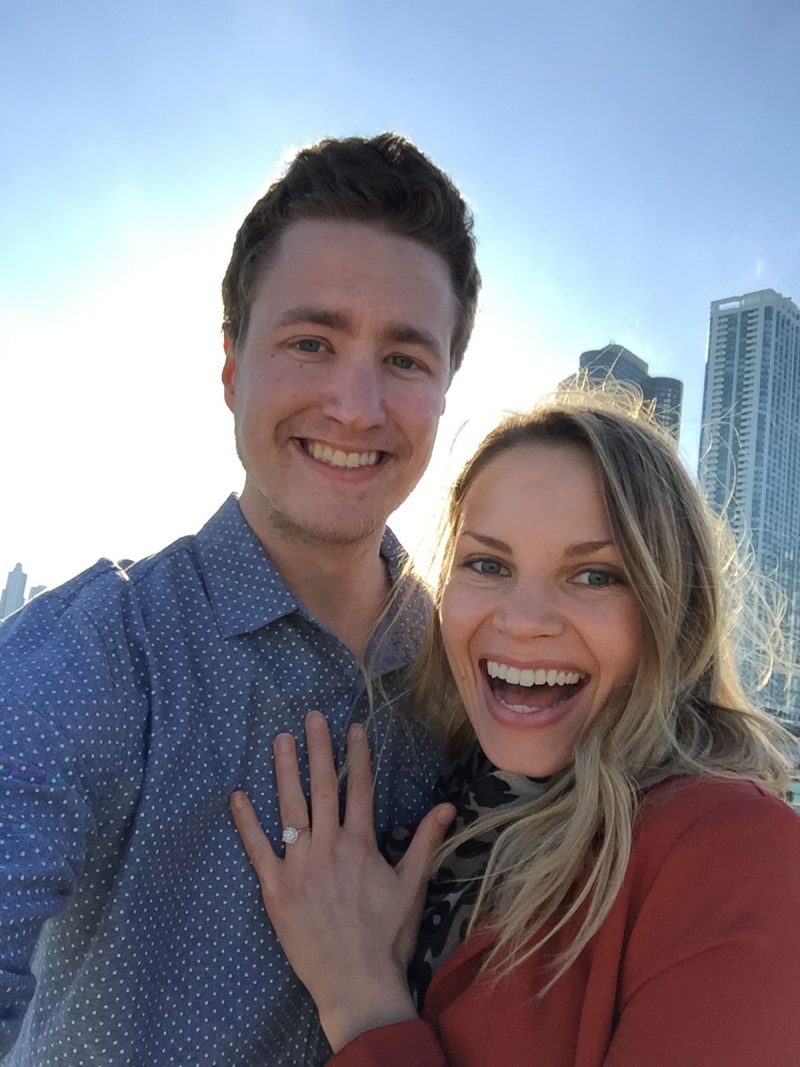 Last Saturday (1/21/17) was a day that I’ll never forget. Most of you already know that Tony proposed (and that I said yes!) but I wanted to write out not only our engagement story, but our love story right here, so that I could keep it forever.

About two weeks ago, Tony asked if I wanted to go ice skating in Wicker Park and spend some quality time together, you know, just the two of us. It was natural that we wanted to do something chill in the city because we’re basically obsessed with Chicago (even though we already live here). During the Summer months, we spent each weekend walking 25,000 steps around the city and exploring little shops — Wicker Park was always one of my favorite places to hang around. And to be honest, since moving and launching the Healthy Glow Co, my life has been insanely busy. Our date nights have been spent in my office, while I type away and he hangs out next to me with Milly. Quality time together NOT WORKING was exactly what we were desperately craving.

Anyway, I was thrilled to go ice skating because it’s something I’ve loved to do since I was a little girl; however, we checked the weather and our plans immediately changed because the app said it was going to be 50 degrees (in January!). There would be no ice! 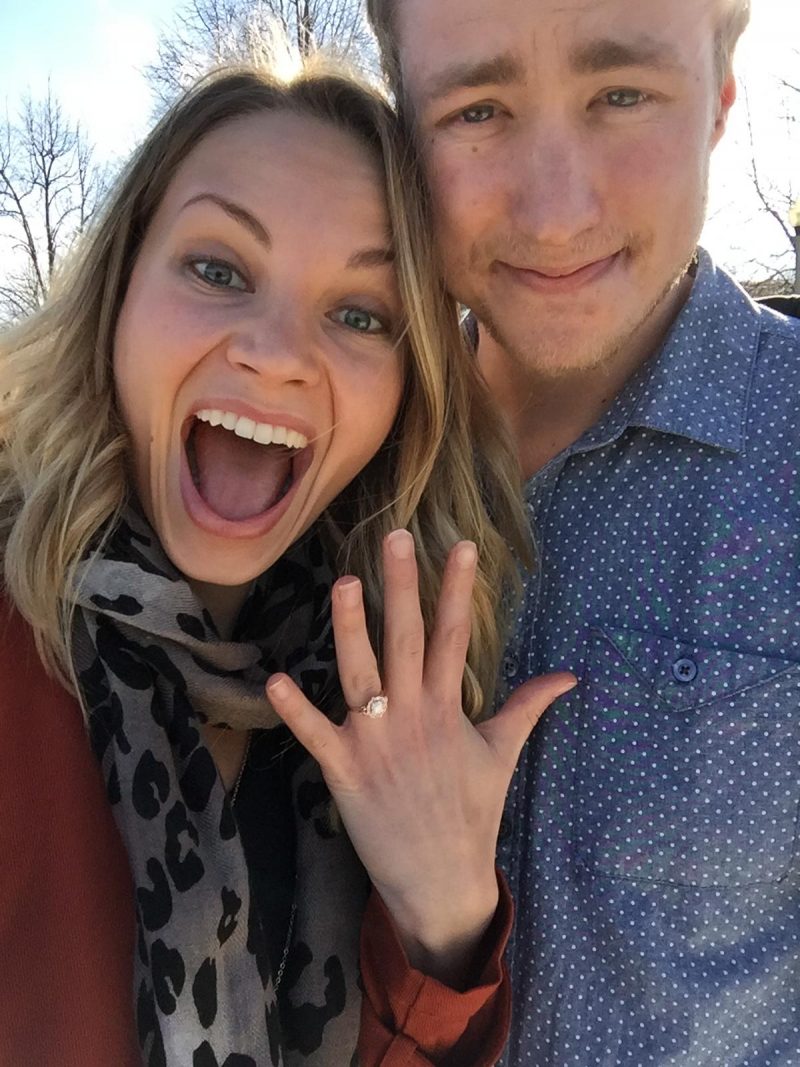 Our plans shifted and we talked about walking to a museum we hadn’t been to. As Tony started talking more about it, I realized I never had been to the Shedd Aquarium. Since we both LOVE (NO WAIT, WE’RE OBSESSED) with animals, we decided to make it an adventure.

Shortly after we made plans for the weekend at the aquarium, I remembered that I had contact at Shedd and told Tony I wanted to reach out to her to see if I could get us a few free tickets, because hey, why not?! I reached out and a day or two later she replied that she, indeed, could get us the hook up. Whoo hoo! Our weekend date was all set.

Then on Friday (1/20), I recieved an email from my contact at Shedd, stating that she had arranged a special behind the scenes tour for us. I got a little bit of a weird feeling in my stomach; I didn’t know why, but it just happened. I text my bestie Sarah right away, asking if she thought Tony might propose. She said she thought so, BUT I rather thought my mind was just playing tricks on me and quickly forgot about it entirely. 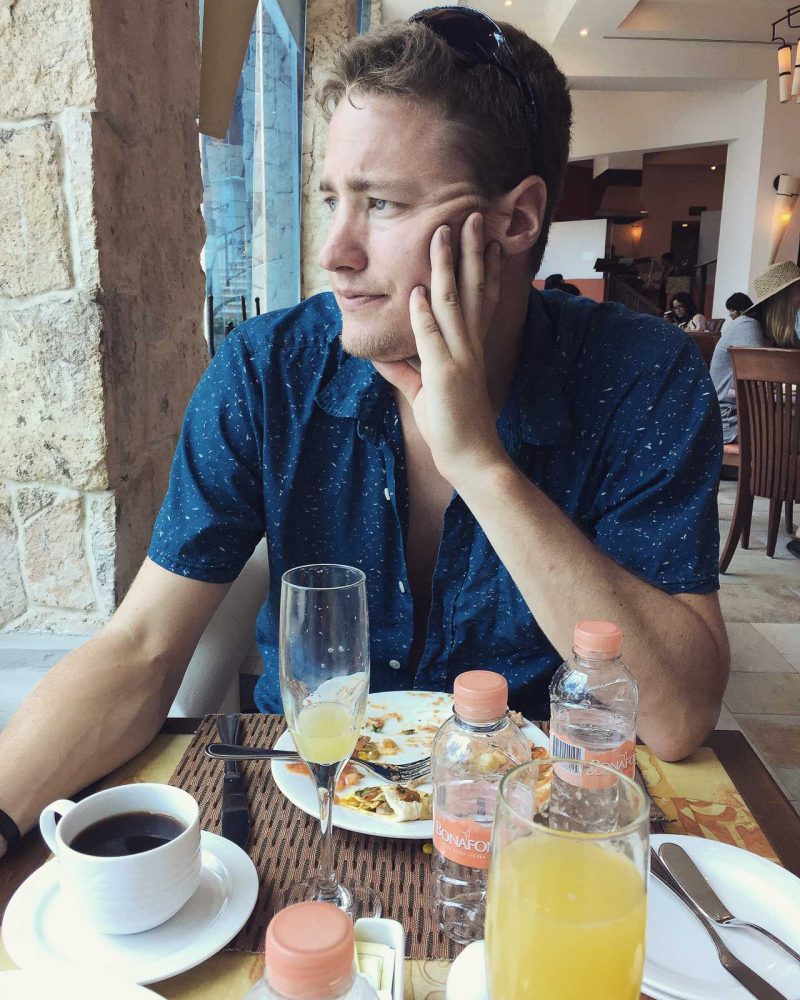 Saturday came and we did our usual morning routine: I worked out, Tony watched the news, and then we both got ready and headed out for brunch, exploring and the Shedd. At this point I really didn’t have any idea what was about to take place. As far as I knew, we were just having a wonderful day in the city; the sun beaming on our faces and our spirits delighted with happiness and each other’s comfort.

After exploring the aquarium for a little over an hour, we walked over to meet a trainer who was going to take us on a behind the scenes tour. She led us to the top of the caribbean tank where several sharks, stingrays and fish were swimming about. I still had no idea what was happening. 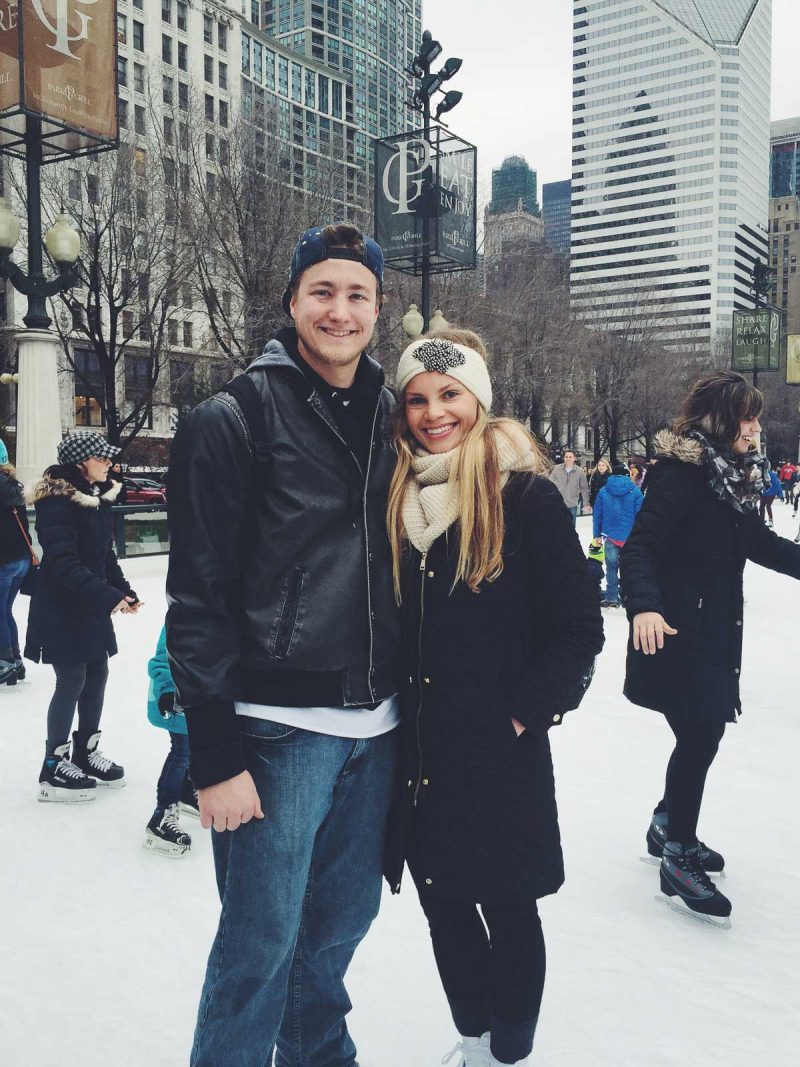 All of a sudden, she told us about this remarkable sea turtle named Nickel, who had become caught in a boat propeller and was later rescued by the aquarium.

Suddenly, Nickel popped her head out of the water and said hello to us. She was divinely beautiful and oddly sweet. I was able to feed her bok choy and pet her back, which by the way, she absolutely loved being played with and petted.

As I was doing all of this, Tony was next to me, watching me talk to Nickel and feed her. H He started saying all of these beautiful words to me and I couldn’t help but get a funny feeling in my stomach, almost like when you’re riding a roller coaster and your stomach goes up and down. I turned to the side to look at him and there he was, looking as handsome as ever, and holding the most beautiful ring I had ever seen in my life. I just started screaming, “WHAT?!” and “OMG BABY”. 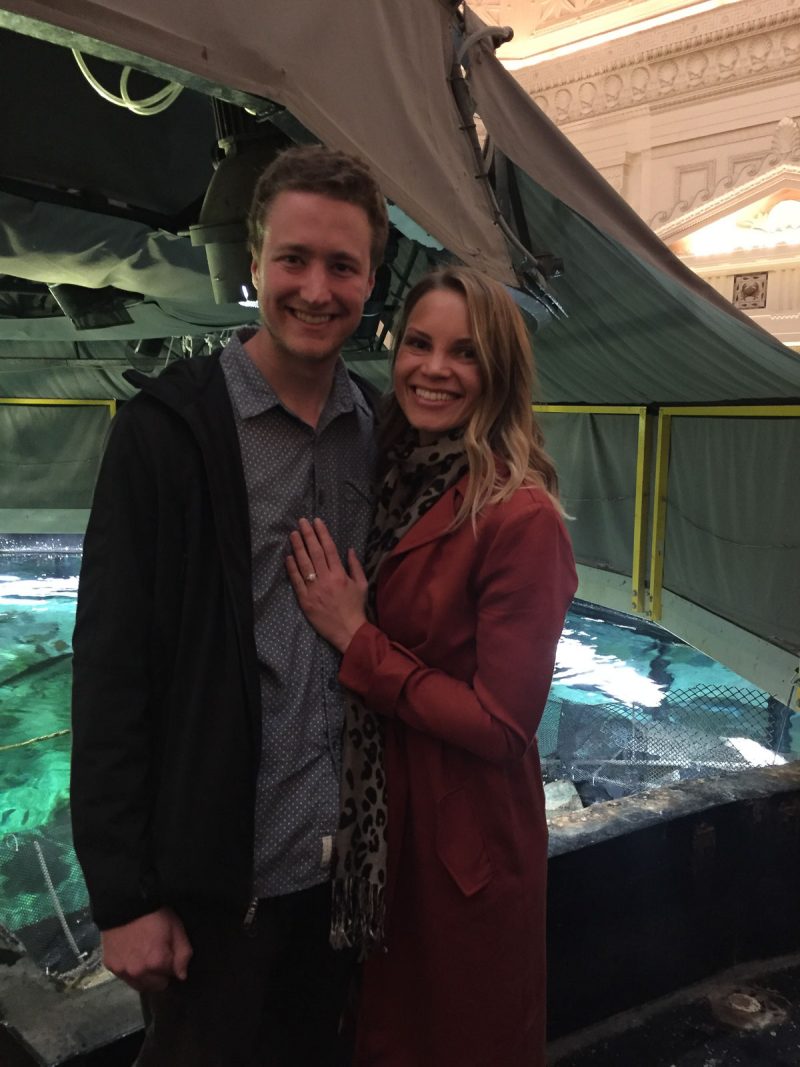 And that was that. We left the aquarium immediately and walked 3 miles down the lakeshore path and all the way to a bar over on Rush street. Everything about that day was perfect. From the happiness in Tony’s eyes and the way his hand shook when he put the ring on my finger, to our moments hugging and kissing each other until we couldn’t anymore. From the sun beaming down on our skin, to the ring, to the proposal.

I am so blessed to have this incredible man in my life, for the rest of my life, forever and ever. I love him wholly, completely, without knowing how or why. I just love him for everything that he is and will ever be. 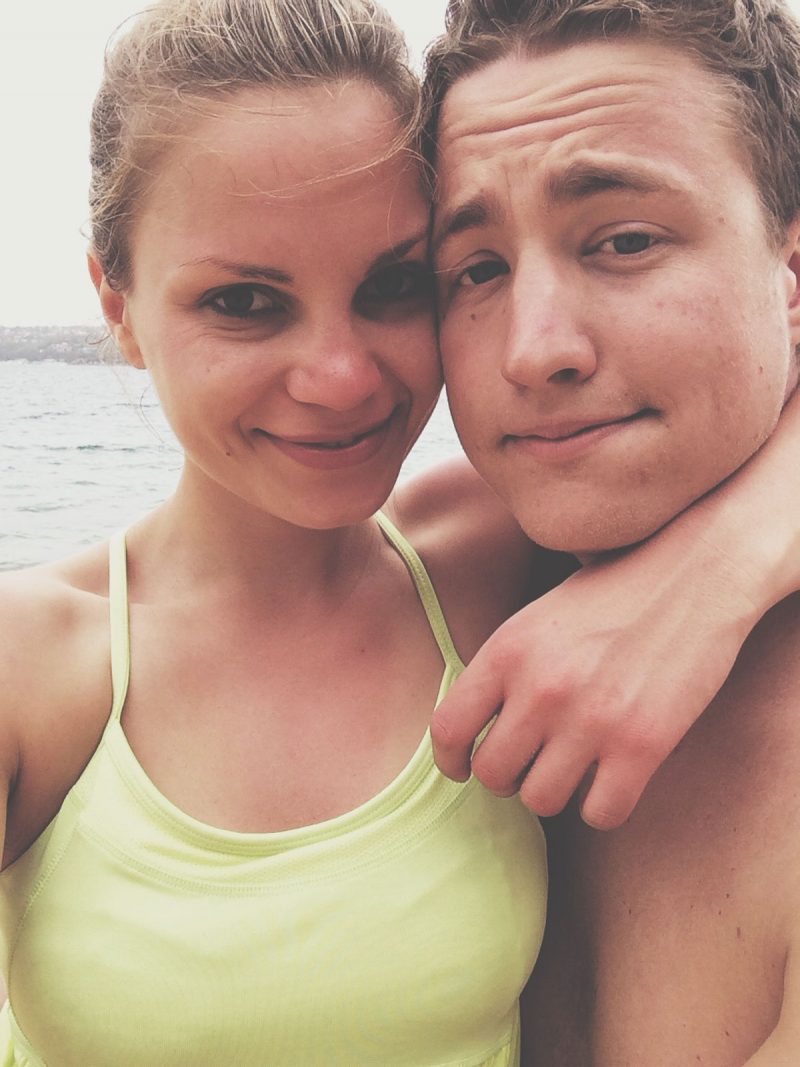 And for those of you who don’t know our incredible love story, here it is:

Tony used to play baseball for the White Sox and damn, was he good. I met him in March of 2013 in Arizona while he was in spring training. I was wearing black pants and a see through greenish top. I still remember it to this day because I would never wear that outfit again. Little did I know I would meet the man I would marry. 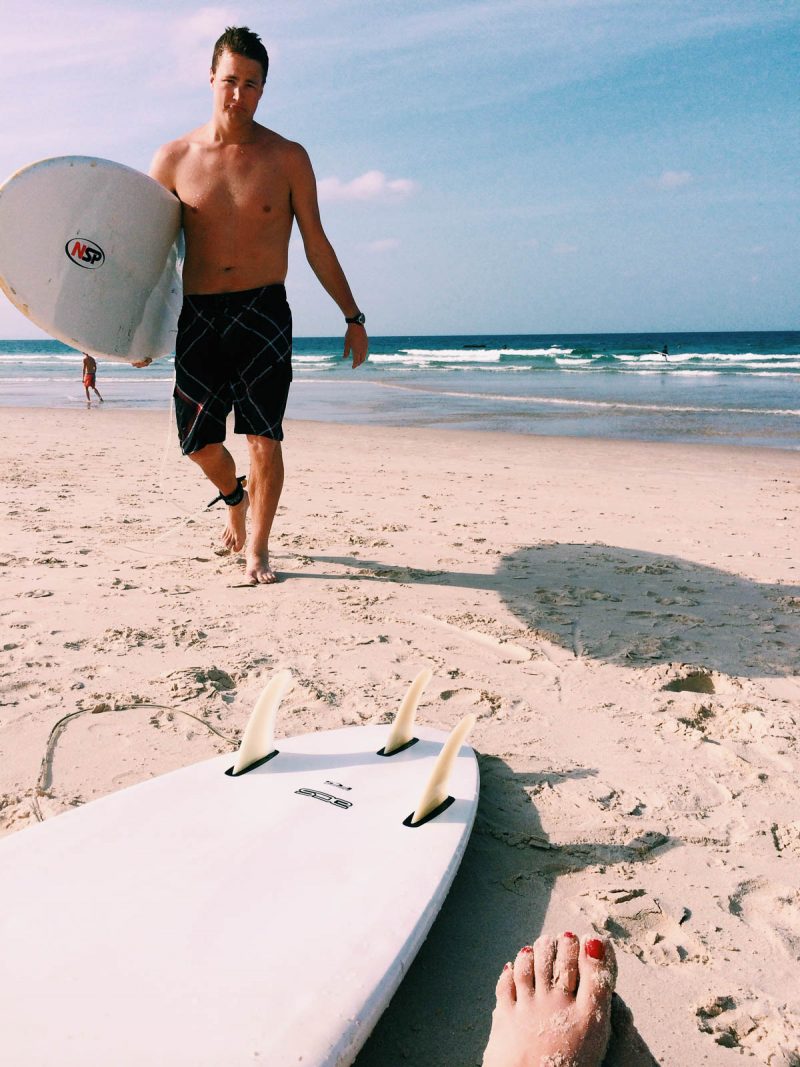 I was in Arizona with one of my friends Laura on a girl’s vacation. She just so happened to love sports and was good friends with one of the guys who played on the team. Somehow we ended up with spring training tickets, which didn’t really please me because I was never into sports, but I rolled with it. 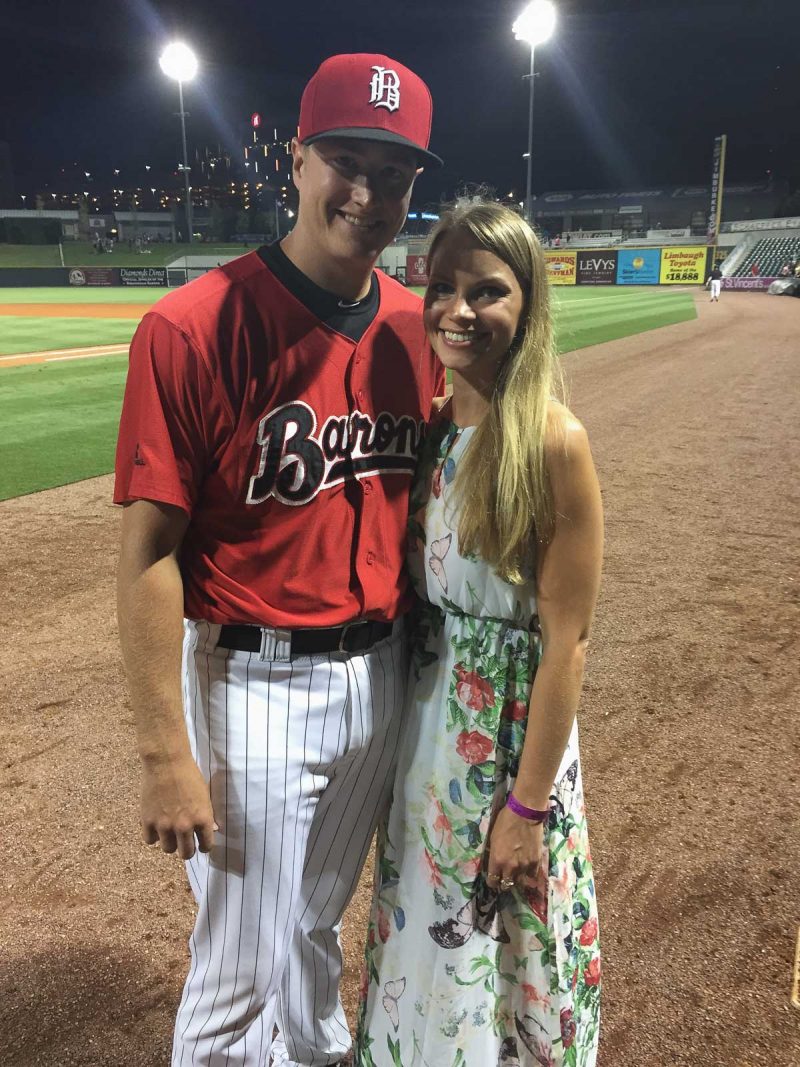 After the game, Laura said she wanted to meet up with her friend for happy hour, and that we would be giving him and his a roommate a ride back to the hotel they were staying at.

We rolled up in a red convertible and there was Tony, with bronze skin and sun kissed hair. Tony just so happened to be the roommate. As soon as Tony jumped in the car, I remember thinking how freaking hot he was. Like I want to have your babies hot. 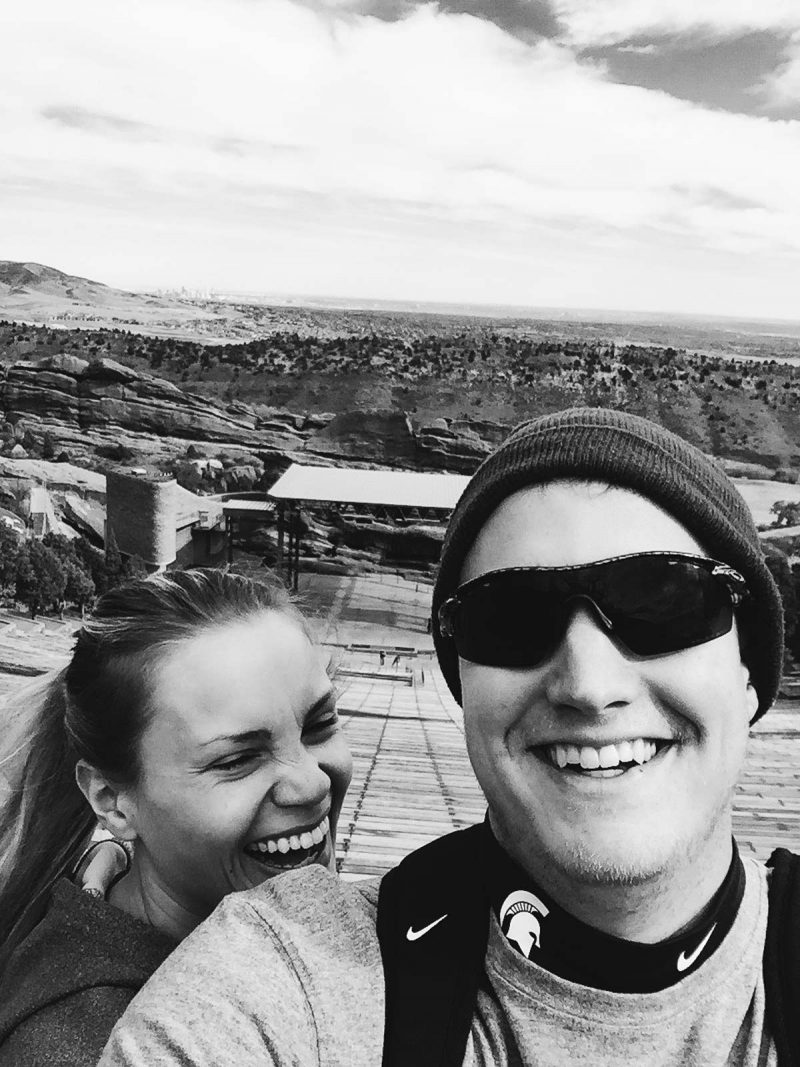 Somehow, Tony ended up coming out to drinks with us, and as soon as we got to talking, we immediately hit it off. It was like we had known each other for years. We liked all the same music, movies and laughed until we couldn’t anymore.

After a few drinks, we said bye and I thought I’d never see him again because doing the long distance thing was weird to me. 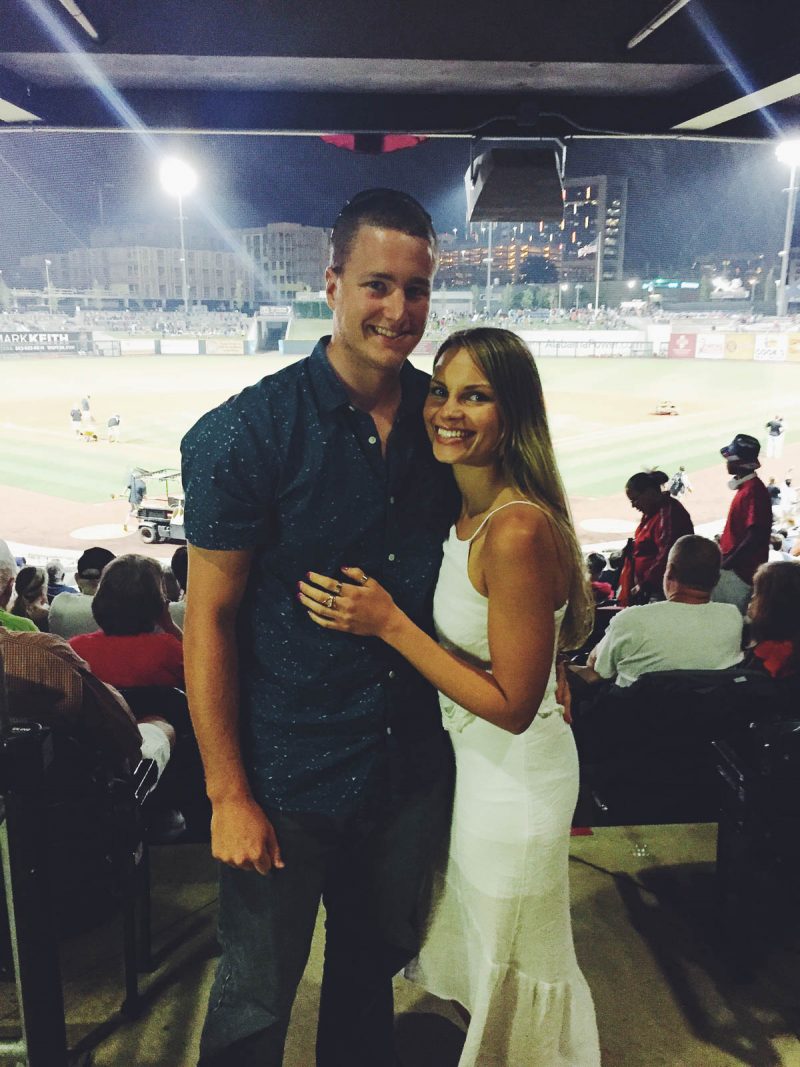 A few days later, he text me seeing what I was up to and asked if I wanted to go on a real date before I went back home. 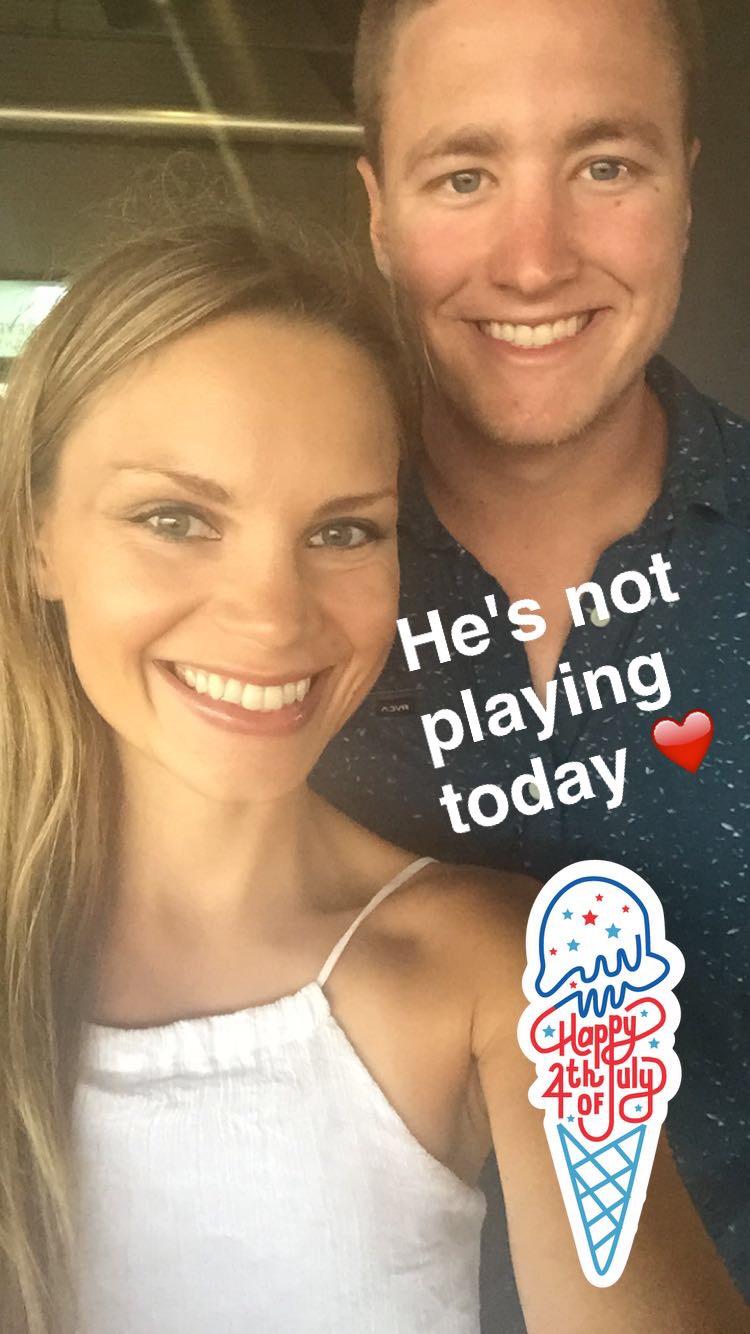 He took me to the animal sanctuary, then to a cheap Italian restaurant, where we drank a bottle of wine. He couldn’t pronounce merlot; I thought it was adorable.

I left Arizona and told him that I probably wouldn’t see him again, but that I really had a great time with him. He told me that of course I would see him again. And that was that. 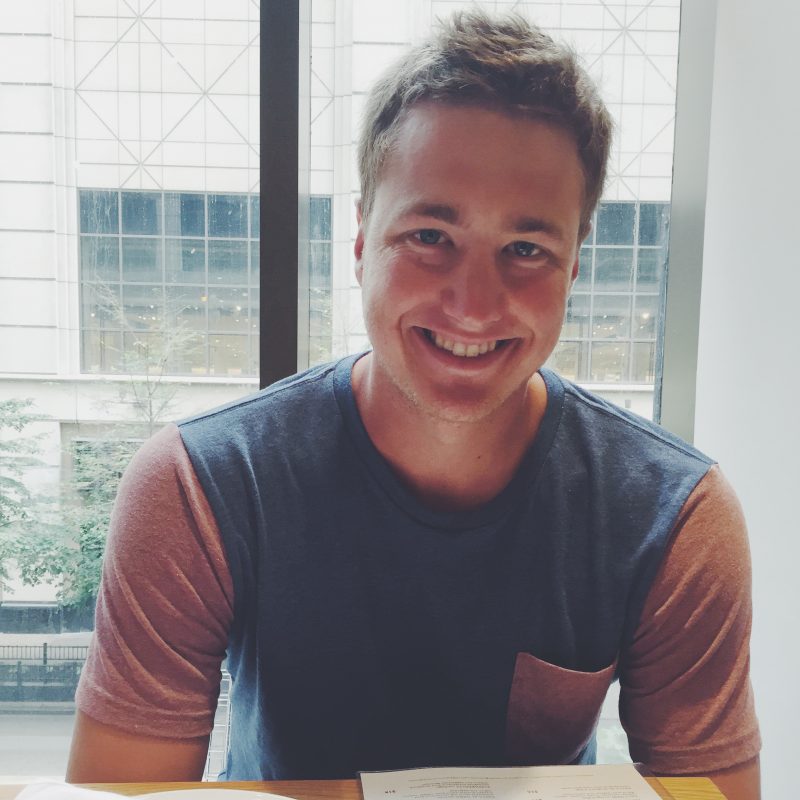 I sent him 5 boxes of homemade cookies to the locker room. He told me he fell in love.

We talked for 6 months straight, then he came to Minnesota (where I was living at the time) and stayed with me for a week. I literally took vacation time for it. Evidence here. 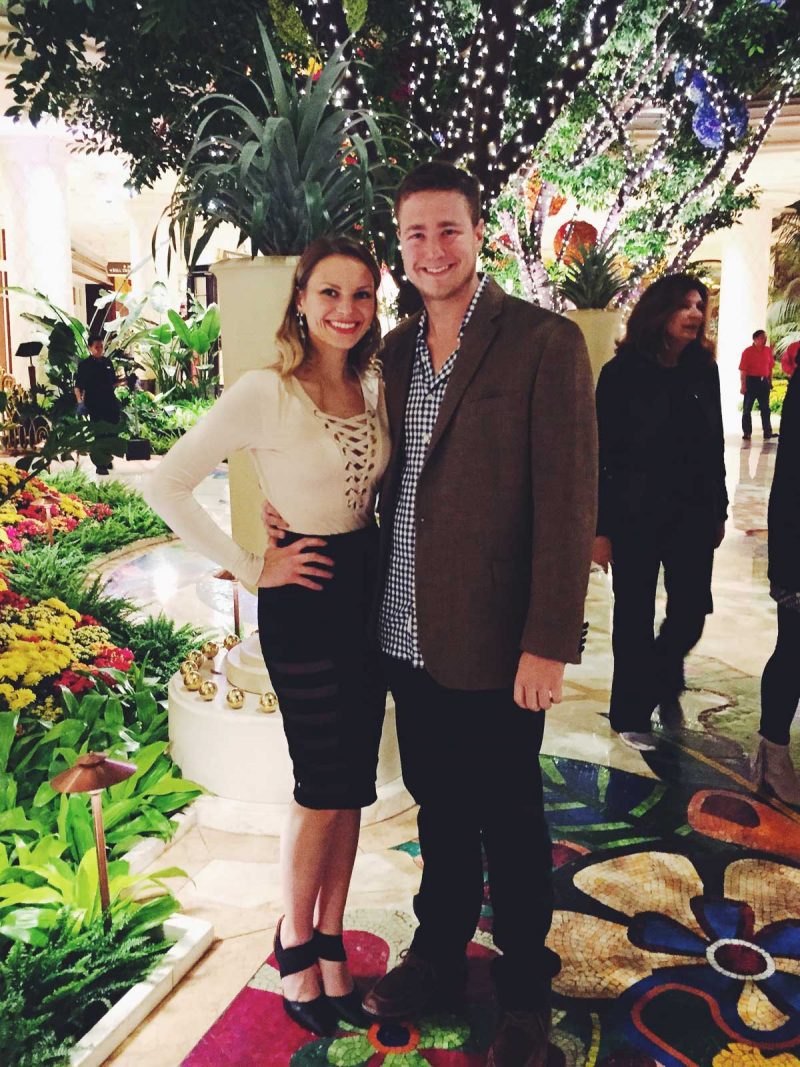 In 2014, I quit my job at General Mills and moved to Chicago.

In 2015, Tony quit baseball and we moved in together. 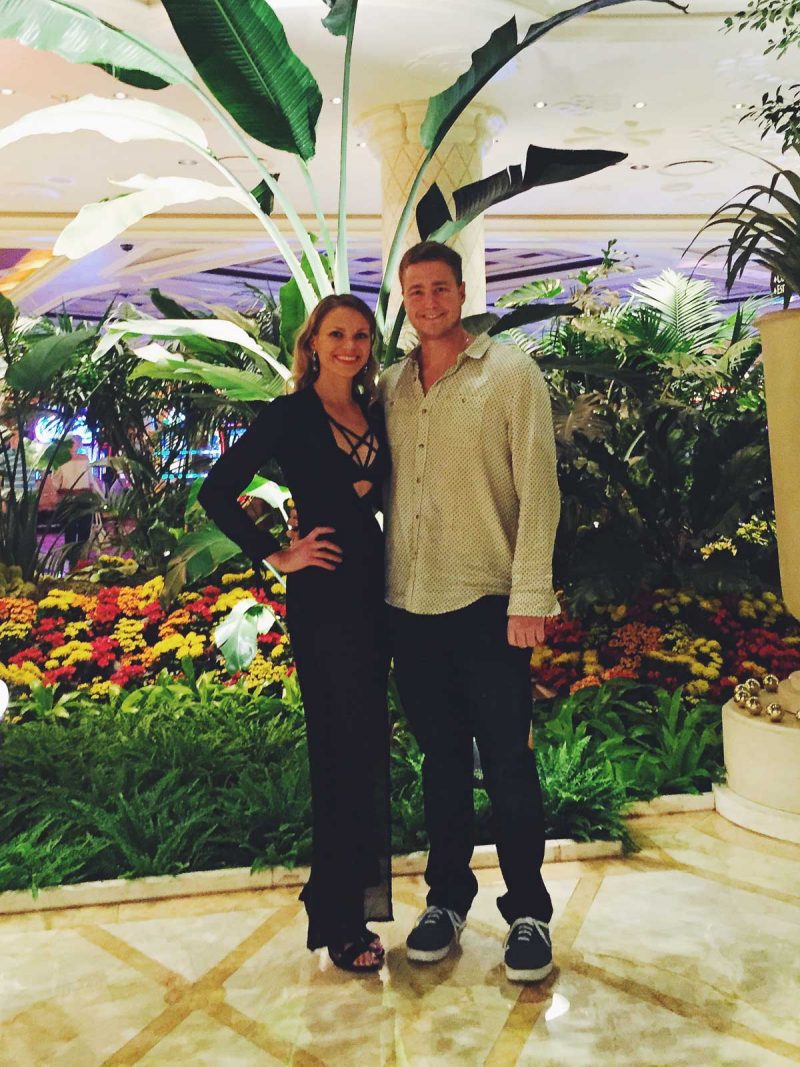 And NOW WE’RE GETTING MARRIED. OMG IS THIS REAL LIFE? I’m honestly still beaming, by how incredible it feels. And of course, I can’t stop staring at my ring.

Now we’re onto wedding planning! Well not really, but I feel like I should get started. I’m terrified.

We have yet to decide if we want the wedding to be in Chicago, or if we want to do a destination wedding somewhere epic. The good news is that my mama was a wedding planner for 10+ years, so that’s certainly helpful. 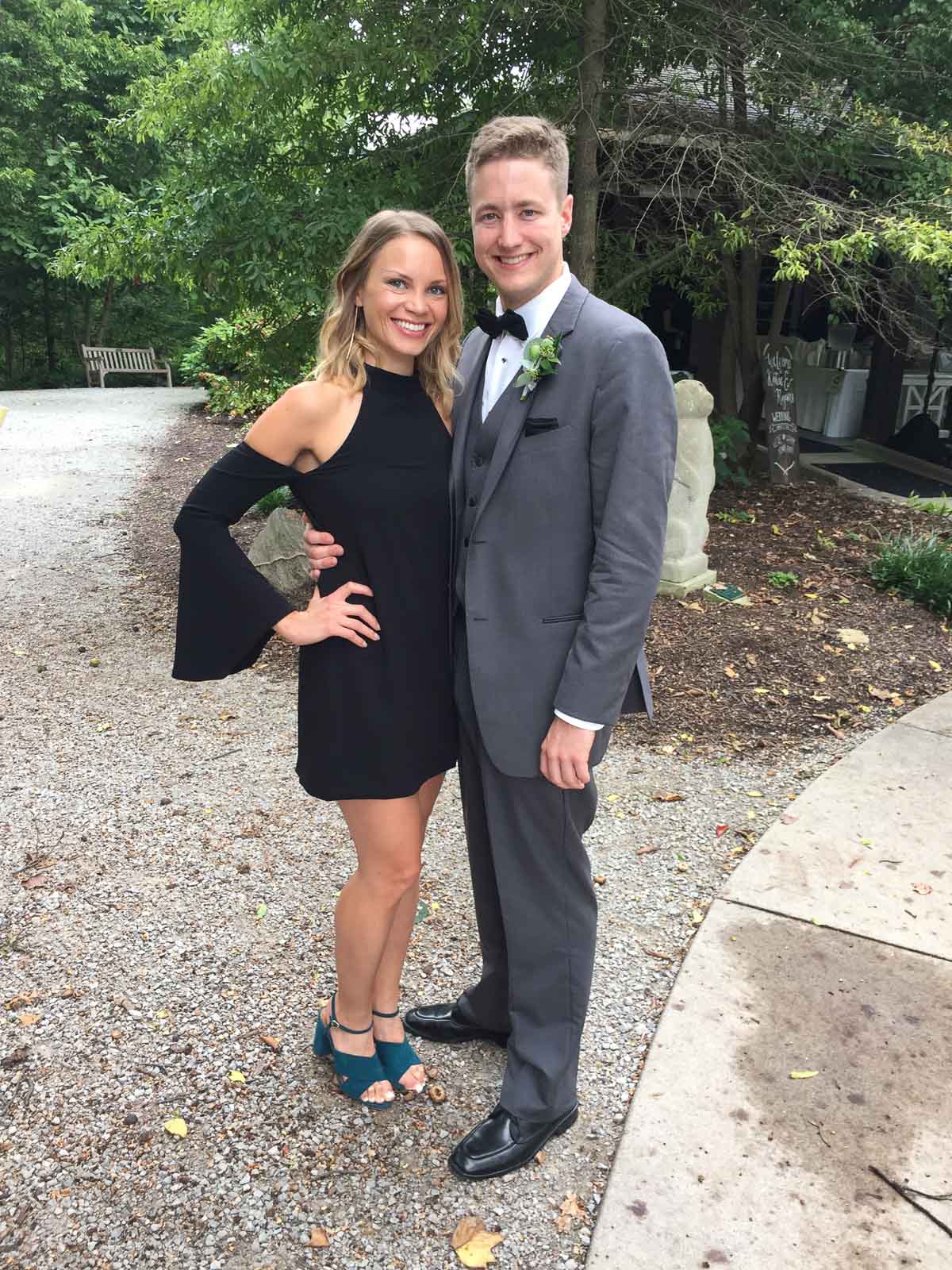 Last, but certainly not least, I have some questions for you:

2.) Does anyone have recommendations on photographers in Chicago?

3.) Does anyone have recommendations on videographers in Chicago?

4.) Does anyone have suggestions for a venue in or near Chicago?

5.) If you have any really epic Pinterest wedding boards, leave your link so I can follow you!

Thanks for being here! And THANK YOU for all the congrats on social media. I love you guys. 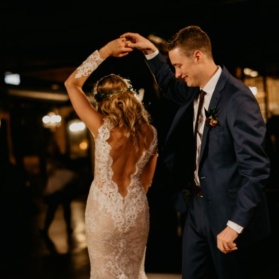 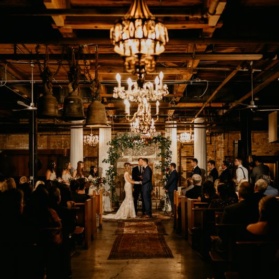 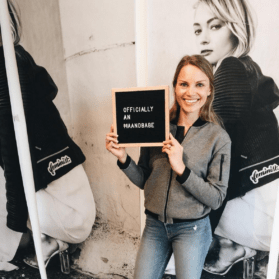 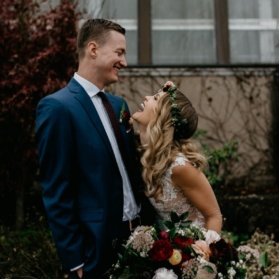