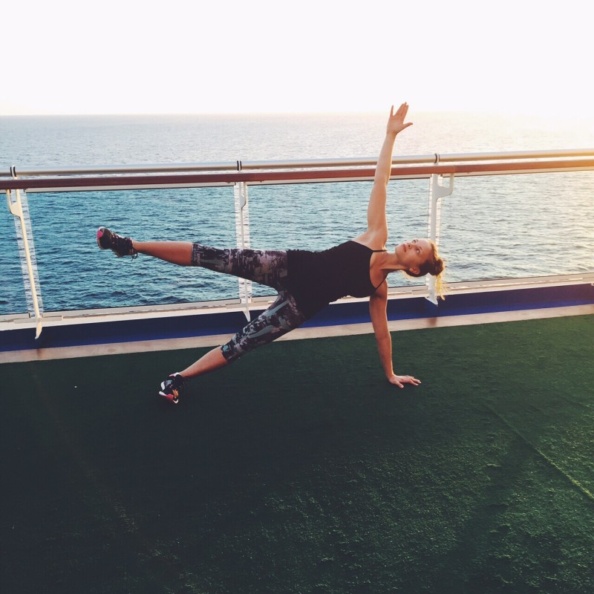 Wellness Wednesday: How an Injury Changed the Way I Thought About Exercise

On this week’s Wellness Wednesday, I’m sharing how my injury changed the way I thought about my exercise habits. Read about what happened when I slowed down and took a much-needed break! 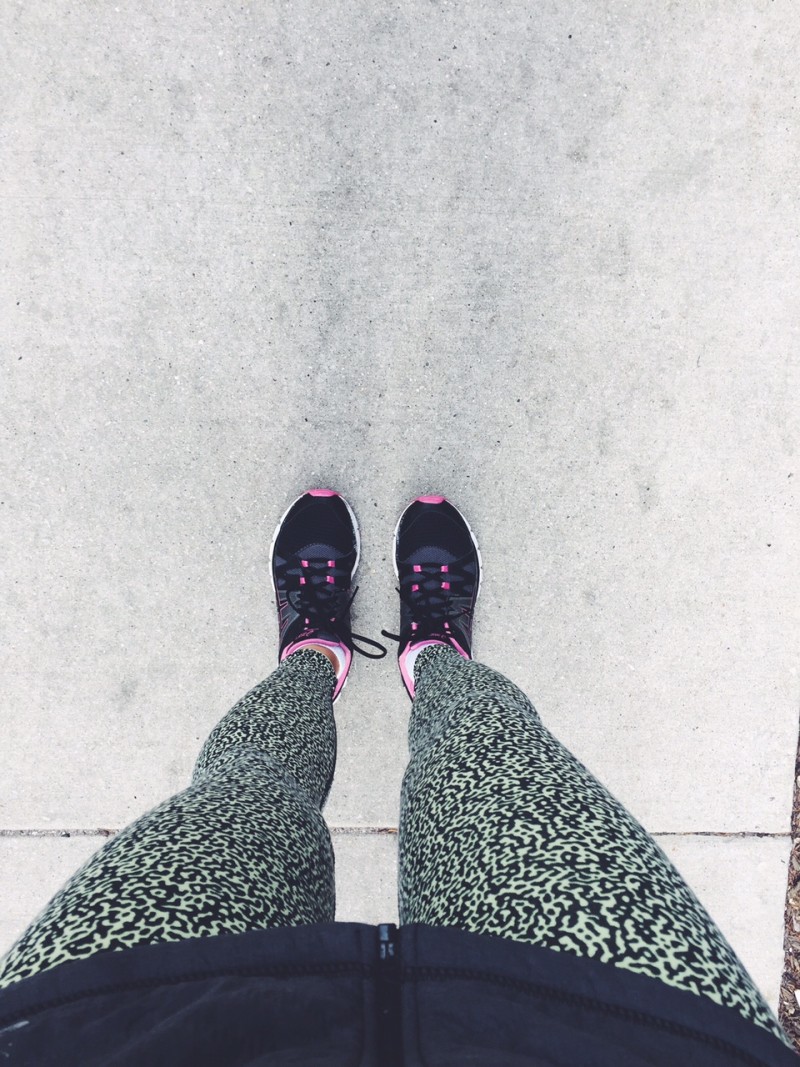 Getting ready for a run yesterday evening

Hi! It’s been some time since we’ve had a heart to heart. Life’s been crazy lately and I’m so sorry I haven’t been able to keep up with Wellness Wednesdays as often as I’d like. Truth be told, sometimes it’s hard for me to come up with topics or ideas that I think will appeal to you. Often times, I forget that writing from the heart is something I love; something that just comes easy and natural.

Another reason why I haven’t been able to contribute as much is that I’m working on a HUGE wellness project that’s taken up most of my evenings. I can’t wait to tell you more about it soon! In the meantime I wanted to just have a simple, honest check-in with you about where I am in my own personal wellness. 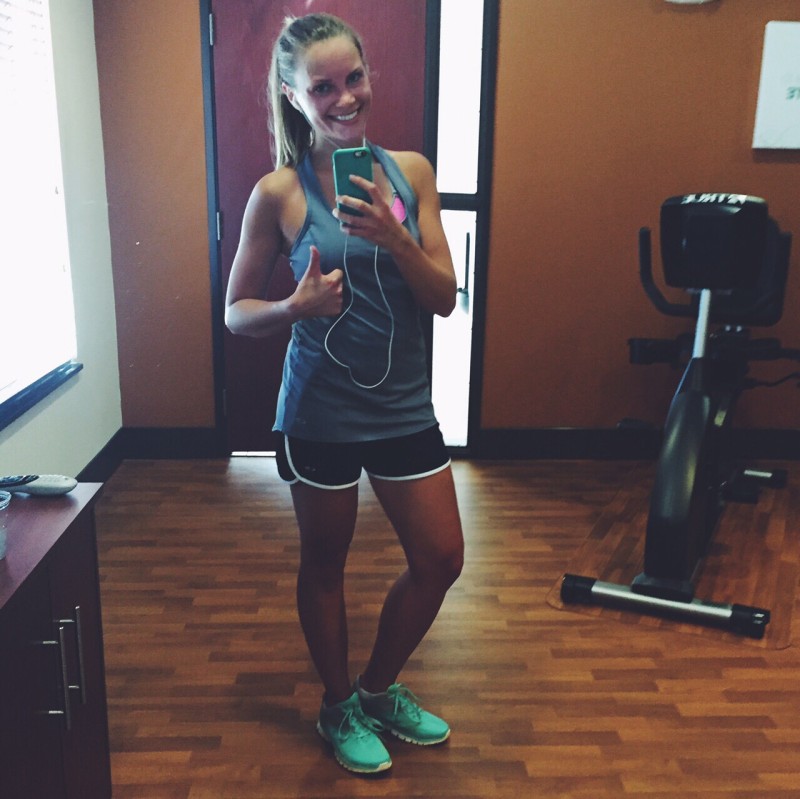 Me in the hotel gym after a body weight workout

For the past 6 months or so, I’ve had a pretty severe neck and back injury that I’ve mentioned on here a few times before. It started back in late November with some pretty severe chest, back and arm pain. Literally it was the most random thing that’s ever happened to me because I can’t remember doing anything that would have caused it. I went to the emergency room twice within the span of a week. To be honest, I was really freaked out because I’ve never experienced pain like that before. To say that I had anxiety about it would be an understatement; I saw 3 different doctors who all gave me a different diagnosis. None of them solved my problem or helped my pain any. Instead they just prescribed various pills which only seemed to put me into a coma for a good day. Literally I cannot function on muscle relaxers.

I then took matters into my own hands trying some natural solutions like warm sea salt baths, muscle rubs, massages, the chiropractor and currently acupuncture. Nothing seems to relieve the pain long term. Due to the pain and me not pinpointing what was happening, I decided to take a month off of working out back in December.

Okay… I’ll admit I did a few Jillian Michael’s DVD workouts but nothing crazy. At first, the not working out part really freaked me out. I remember thinking, how do I even do that? I mean I’ve been exercising nearly every day for years; it was such a part of my daily routine and most certainly a stress reliever. But I absolutely had to understand that my health was immensely important. Without it, what did I have?

So I went through the holidays without heart-pumping cardio or lifting. I ate cinnamon rolls but felt guilty because I couldn’t negate the calories. All I wanted to do was move my body a little. You know, just sweat and get those endorphins that I craved. Thankfully I was able to spend a lot of time with family and friends which kept me busy. No more exercise meant I had more free time on my hands.

It was during this time though that I realized I had to stop beating myself up over the little things. That this was only ONE MONTH IN MY ENTIRE LIFE. 30 days, that’s it. Not exercising wasn’t that big of a deal. It didn’t have to control me.

At the end of December, I finally got a stress echo test on my heart to rule out any heart problems related to the chest pain. I was incredibly scared that something was going to be wrong, but when everything came back clear, I was relieved and so very thankful. I mean honestly when you have a scare like that, it kinda puts things in perspective for you. 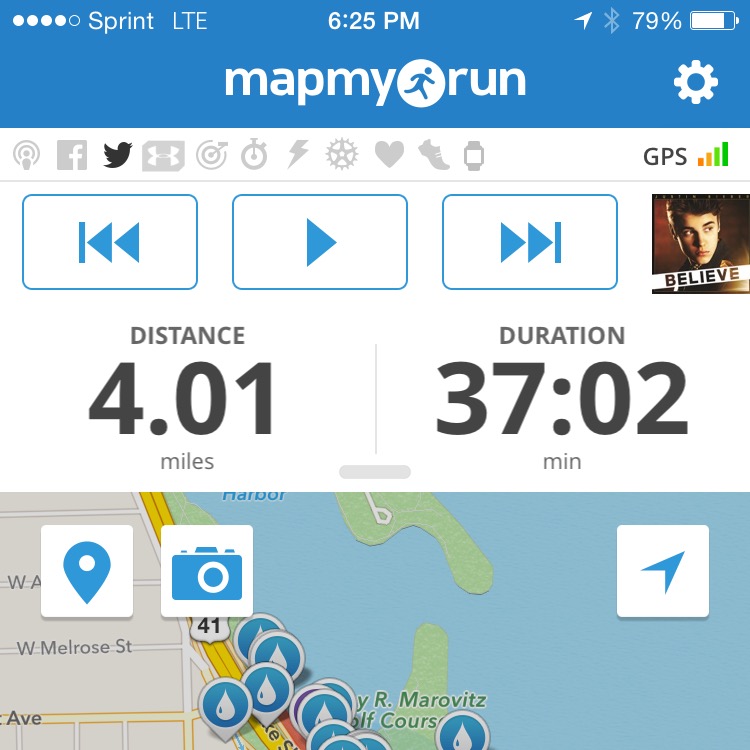 After my heart was given a thumbs up and once my back started feeling a little better, I got into exercising again. And it was like I had never stopped. Sure, it was hard both physically and mentally, but I knew I could do it. The funny thing was that I didn’t gain a single pound during the month I took off. I’m sure I probably lost some muscle but could anyone really tell other than me? No, of course not! The entire month, I ate what I wanted within moderation too. It was the holiday season after all and I had my fair share of sweet treats.

I guess it was surprising that I hadn’t gain weight during my time off. For some reason I had thought that exercise was this huge part of the health equation for me; that I needed to do it nearly every single day in order to be fit and healthy.

Most of all I felt like I had been mentally punishing myself for not being able to work out, even though I knew I was trying to heal my body. 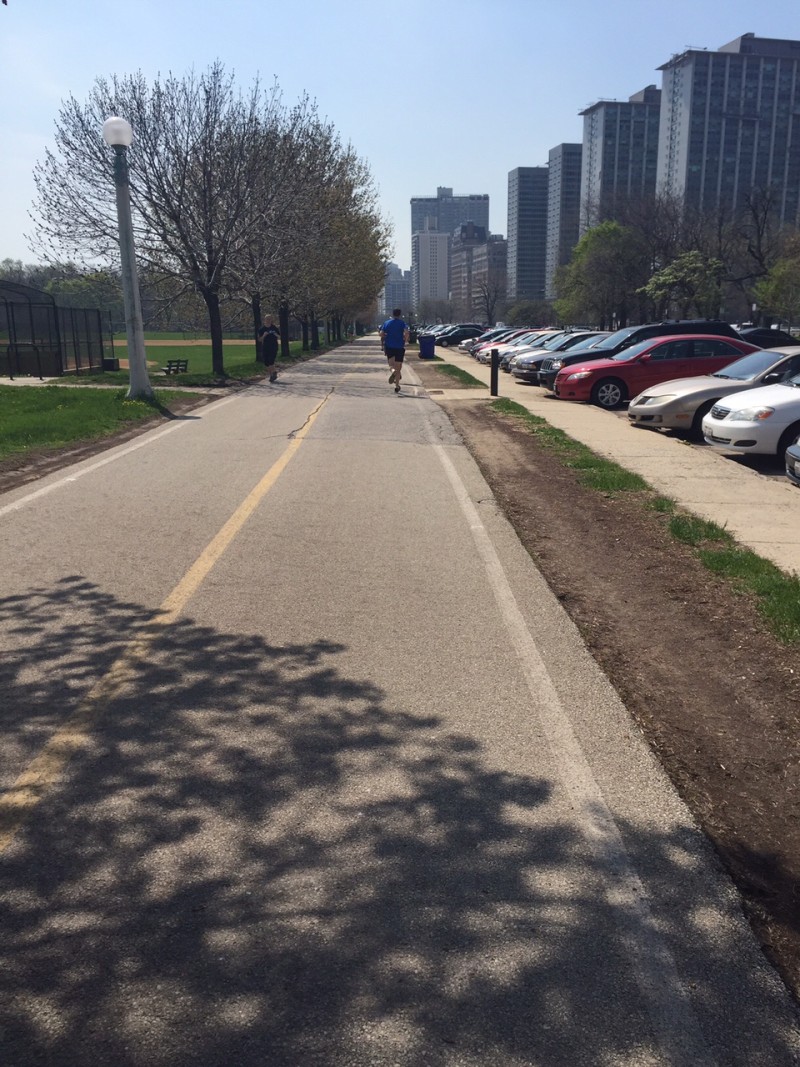 The time off provided me with the realization that exercising isn’t everything. That your overall physical and mental health both factor into you being a healthy human being.

Exercise shouldn’t define your day nor should you simply exercise for only one reason in particular. Now that I’ve found that I enjoy exercise for various reasons, it makes it less of a task. I don’t feel the need to compete with myself to burn the most amount of calories, run the furthest distance or at the quickest pace. Sure, I have days where there are goals to push faster, harder, longer but not every day needs to be that way. Previously I had been exercising for an hour+ on most days of the week.

These days, my exercise has become limited again. About a month or so ago, I started experiencing strong and very intense neck and back pain that would last for days at a time along with a slight hand tremor that was aggravated after exercise. Again nothing worked to alleviate it so I made it my mission to find a doctor who could help me figure out what was going on. My x-rays showed a loss of neck curvature but there may be something more thus I’ll be getting an MRI soon. 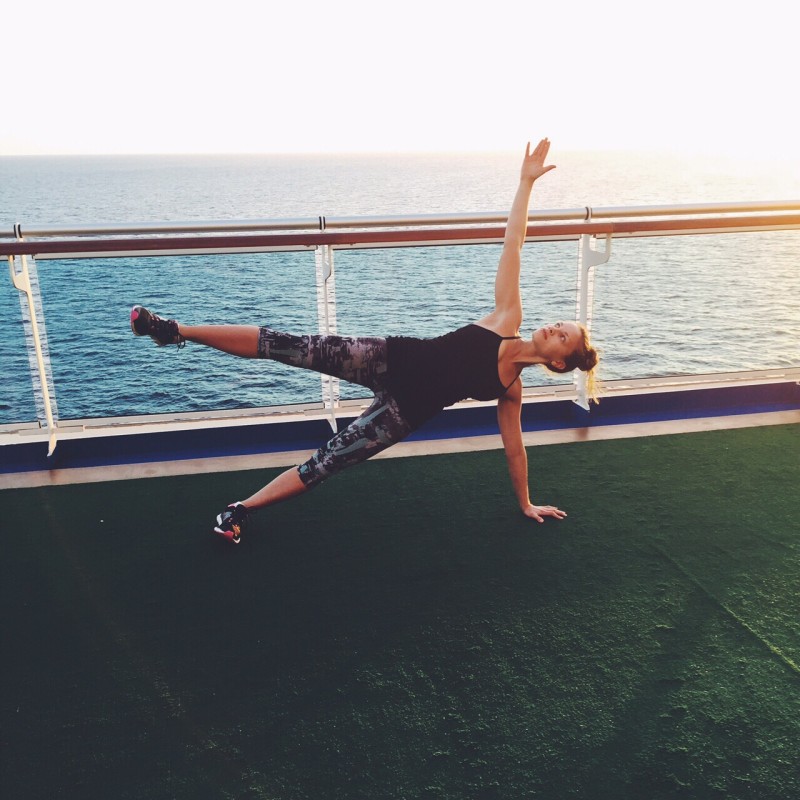 Due to all of this, I’ve had to quit my beloved yoga. Yoga has been something that has changed my life (I even wrote a post about it). It was really sad for me to give it up but the poses were putting too much pressure on my back and neck which only seemed to aggravate the pain. Hopefully it’s only temporary.

In the meantime, I’ve started cycling along the lakeshore paths in Chicago and also running because surprisingly it doesn’t hurt my neck. The lake is beautiful and I’m thankful I’m able to move my body in some way. I’m only exercising every other day and taking into account how I feel too. Sometimes I take a few days off and I’m completely okay with it; often times a nice 3 mile walk to the grocery store and back is as good as it gets. Or I’ll try and do simple and quick bbodyweightworkouts that I find on Pinterest. And again, that’s okay because I’m not striving for perfection, I’m striving for health in all areas of my life. 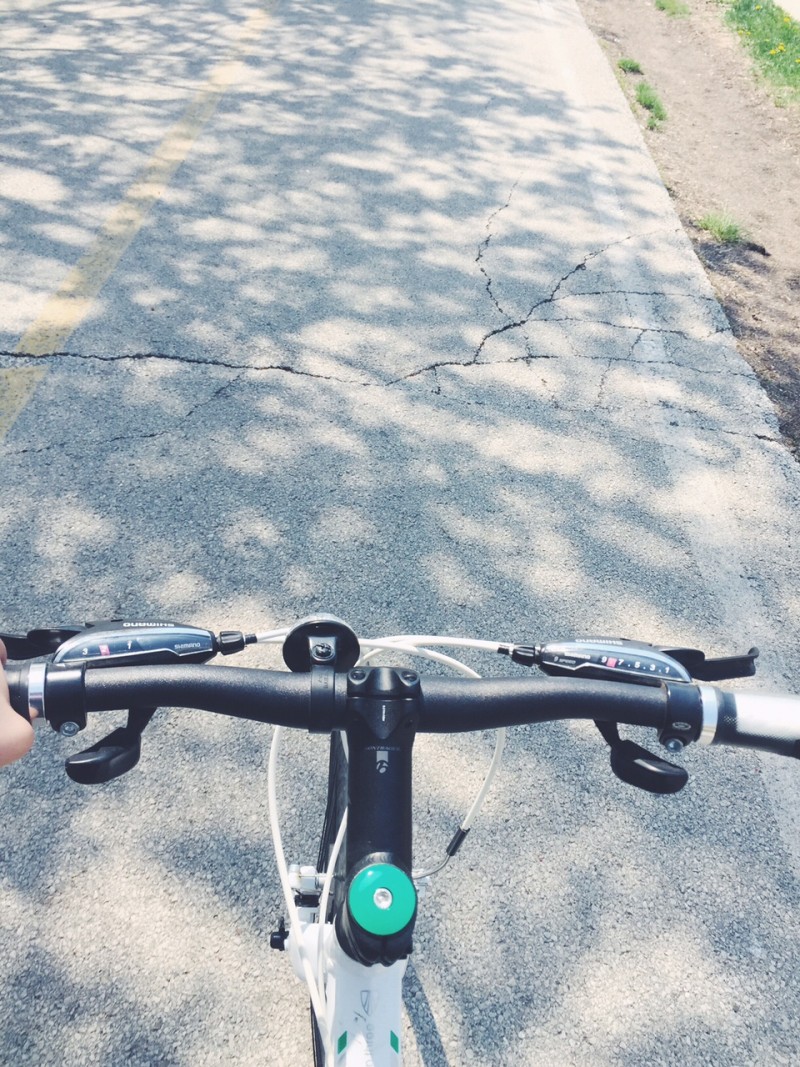 In all of this though, I began to realize that I exercise for so many more reasons than just to be fit. I exercise to give myself confidence, to build mental strength, to think, to feel strong and to get a little bit of those running endorphin. The benefits ultimately go way beyond how I look.

Ultimately, I wanted to share this with you because I feel like there’s a lot of pressure to do intense exercise all the time. Above all I think it’s important to have health in all aspects of your life. Don’t run yourself into the ground just because you want to look a certain way; in the end your only punishing yourself and your body.

Exercise should be something you enjoy because it challenges you both mentally and physically. If you find yourself bogged down by exercise, try taking a few days off, take into account how you feel and write about it. What makes exercise fun for you? What don’t you like about it? Reflect on what you’ve written and think about how you might change up your routine. Perhaps you need to try a yoga class more often, head to the gym with a friend or simply take a day or two to focus on your inner self. Sometimes a little time off is just what the body needs.

I’d love to hear your thoughts on the following:

1. How frequently do you work out?

2. Do you give yourself permission to take a break every once in a awhile?

3. Have you ever had an exercise-related injury? 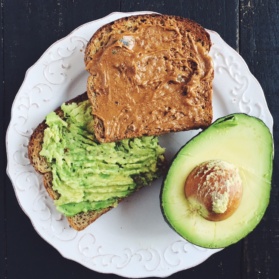 Wellness Wednesday: How to Get Back on Track After Overeating 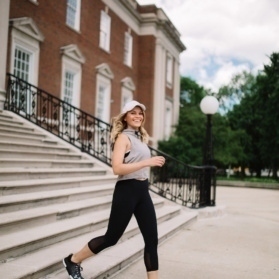 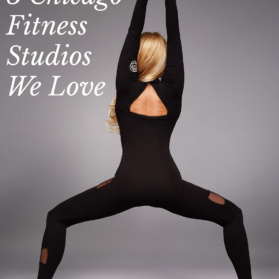 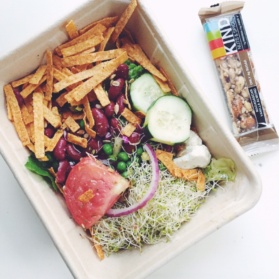 dyk these GF & DF blender pancakes are the 4th mos

do NOT skip out on making my new creamy white bean

hide yo kids, hide yo wife cuz there's CHICKPEAS i

omgomg it's #nationalpeanutbutterday!! I NEED TO K